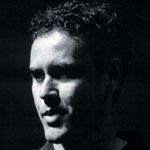 An acclaimed playwright wins a Deadly for his musical score.

Another notable absence on the night was the winner of the Deadly for Excellence in Film or Theatrical Score – David Milroy.

David won the award for the score to his play Windmill Baby, a beautifully crafted one-woman show set in the surreal Kimberley landscape, where an old promise is fulfilled under the shadow of the windmill.

David has spent close to a decade working to define Aboriginal theatre styles and expressions through music, directing and writing.

As the first artistic director of Yirra Yaakin, from 1995 to 2003, David worked with first-time writers and artists to present an acclaimed body of new Western Australian Indigenous works. He is widely recognised for his contribution to Aboriginal theatre industry development and, in 2002, was a co-recipient of the Myer Award, acknowledging his commitment to empowering the Aboriginal community to present their own stories.

David’s other theatre credits also include King Hit,Runumuk, No Excuse, Muttacar Sorry Business, Whaloo Is That You? and Cruel Wild Woman.