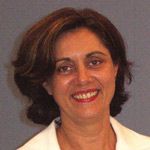 Looking for a strong female role model? Look no further than Cathy Craigie.

There just aren’t enough hours in the day for Cathy Craigie. While most of us would be more than happy to have achieved even a fraction of what she has done before having a nice lie down, Cathy is as eager as ever to keep on working towards a better future for her people.

One of the original founders of Koori Radio, Cathy has been the Director of the Aboriginal and Torres Strait Islander Arts Board of the Australia Council and the Deputy Director General of the NSW Department of Aboriginal Affairs. She’s been a member of the Arts Advisory Council of the NSW Ministry for the Arts and Chair of its Indigenous Arts Reference Group and has held a variety of key positions in other Aboriginal arts, health and housing organisations. She has written several plays and fostered a number of children. Right now she’s writing a book, raising two kids and working part time as an Aboriginal arts consultant.

“People always ask me how I find the time,” Cathy laughs. “But I thrive on hard work. I guess it’s the way I grew up. Even in my teens I was working for Aboriginal organisations during the school holidays ” our whole family

Cathy’s upbringing has a lot to do with the person she is today ” she names her mother and grandmother as two of her greatest role models.

“I draw very strongly from the women in my family,” she says. “But all of my family have been a big influence on my life. They’ve always been involved in Aboriginal affairs, from the grassroots up.”

Cathy is also inspired by other strong female role models, naming women from many different fields.

“I see Monica Morgan as an amazing role model,” she says. “Monica was instrumental in the Yorta Yorta native title claim. She is absolutely amazing ” so strong. A lot of the stuff that I’ve done has been inspired by her work.

“I’d also name (art curators) Brenda Croft and Hetti Perkins as role models ” just look at where they are now. They’re currently working on an Aboriginal art exhibition at the Musee du Quai in Paris.”

Althhough Cathy is currently enjoying a break from full-time work while she writes her book, she’s sure it won’t be long before something challenging comes along.

“But I’ve never been ambitious for me,” she says. “The work I’ve done and continue to do has a purpose, and that’s communicating with and educating Aboriginal as well as non-Aboriginal people ” making our lives better.”

Although she would make anyone a fine role-model, Cathy is modest about her achievements, instead pointing out the many other accomplished Aboriginal people who are making a difference across the country.

“There are so many people out there, working so hard,” she says. “So many of them receive no media coverage or acknowledgement for their work, and nor do they expect any. The quiet achievers ” they’re who I find inspiring.

“But what I find most inspiring of all is the fact that you can never know everything. Every day I try to learn something new ” there’s always something new out there for us.”