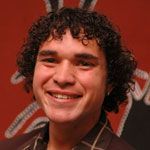 The Deadlys acknowledges a young fella who’s working his way towards a better future.

The Deadlys 2005 marked the presentation of the first Apprentice of the Year Award, a terrific new addition to the Deadlys’ community-based acknowledgments. The award was sponsored by the NSW Department of Education and Training New Apprenticeship Centres, and was created to highlight the achievements of our youth.

The inaugural winner of the award was a young fella by the name of Andrew Craig, who recently completed a four-year apprenticeship at Kooringal Butchery and has now gone on to full time employment.

While 22-year-old Andrew names his long-term goal as owning and managing his own butcher shop, he would also like to work with local Aboriginal children. His commitment to the Wagga Wagga area and support for the local Aboriginal community has seen him team up with eight other young Aboriginal men to establish the non-profit organisation The Black Suns Inc.

The Black Suns is a group of local Aboriginal young men that try to keep the youth of today off the streets, as well as organising various activities to keep them occupied. The Black Suns recently won the NSW Youth Enterprise Award.

On the night, Andrew had plenty of support in the audience, with his mates contributing some loud whoops as his name was read out with the other nominees.

Awards such as Apprenticeship of the Year, which highlight the achievements of young Indigenous people in the work force, are just as important as any of the other high profile sporting and entertainment awards. Young people like Andrew send out the message across the community that you can make something great out of your life, and the Deadlys are honoured to be able showcase their achievements.