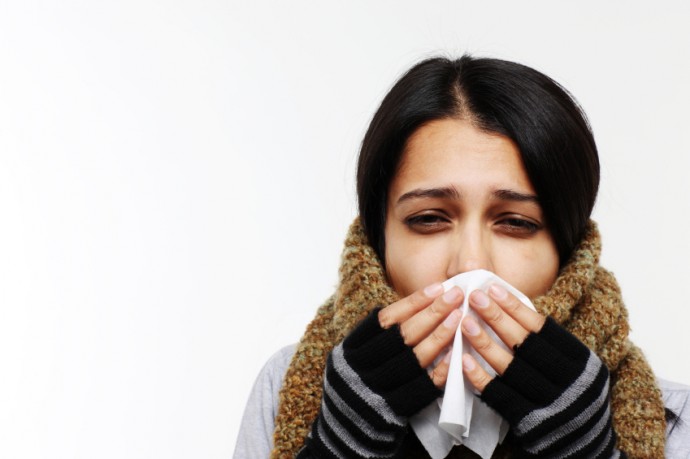 Coming into the winter months, the number of flu cases skyrocket and can render the toughest of us in a comatose-like state where even moving from bed to the fridge for some much-needed fluid seems like an un-accomplishable mission. But what exactly is the flu and why does it leave us incapacitated?

The word ‘flu’ is an abbreviation of the word ‘influenza’. The flu has been around for as long as we have – longer actually – and is caused by viral strains that are capable of wiping out mass populations – have you heard of the 1918 flu pandemic? It was a particularly nasty strain that wiped out an estimated 10–20 per cent of the human population; back then that was 50–100 million people.

Now that we have that history lesson out of the way, let’s talk about how a virus – more specifically the flu virus – actually works. A virus is a microorganism that needs a host cell to live. When they make their way into our bodies they will replicate in our cells (just like humans, viruses reproduce to ensure their survival), setting off an array of symptoms ranging from a runny nose to more severe symptoms that can be lethal.

If the flu virus is just leeching chemical machinery from our cells, why does it make us so sick? Because the virus destroys healthy cells and when our bodies realise an intruder is present, it will trigger an immune response to get rid of the virus – that’s why we get all those nasty symptoms like a fever, aches and pains, shivers, headaches, sore throat, weakness, and coughing.

Flu viruses enter the body through the mucus membranes of the mouth, nose, and ears. A virus cannot live for long outside of a host cell, but it can live long enough to be transmitted through germ-laden droplets (through sneezing, coughing and the like) that can sit on many surfaces. This is why washing your hands regularly is important when trying to avoid the flu because even touching a surface and then touching your face can spread it.

When you do catch the flu, it is your responsibility to do what you can so it does not spread. Take time off work or school to recover and always use a tissue when sneezing or coughing, because thousands of microscopic droplets of germ-ridden saliva are catapulted out of the mouth at over 100km an hour and travel a lot farther than you may think.

Now that you do have the flu, what can you do to get better? The bad news is that the flu is caused by a virus, not bacteria, so antibiotics won’t help you whatsoever. The best way to attack the flu is to get plenty of rest because the body is working hard to fight it, eat healthy, hearty meals (add in raw garlic, one of the most potent anti-viral foods around), drink plenty of water, and take cold and flu tablets if appropriate to lessen the fever, aches and pains, cough, and all those other nasty symptoms. Doing all these will help and quicken recovery, but for the most part you’ll have to ride it out and let your immune system fight it.

Not all flu strains are made equal, so if you do get a particularly ruthless flu virus it is a good idea to go to the hospital so you can be assessed and your symptoms can be tended to. This applies particularly to the elderly, pregnant women and young children because their immune systems are not as strong.