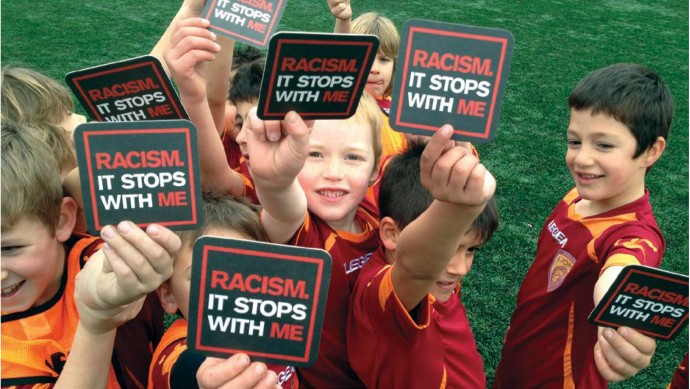 Most people at some point in their lives have either been subjected to or participated in racism of some kind. Knowingly or unknowingly, racism can affect everyone.

Meena Singh from the Victorian Aboriginal Legal Service (VALS) recently spoke with InVibe about her experiences with racism and what rights people have if they have been subjected to racism.

“I guess you have a radar that you know maybe someone’s behaviour towards you is particularly based on racism. It can be subtle, it can be really overt – it can be anything from someone’s attitude to their actual words, the way they deal with you in services. There are lots of different types of behaviours,” Meena says.

Meena calls a lot of the racism she has seen and personally dealt with “casual racism”. This type of racism is quite common in informal interactions or conversations with a friend or an acquaintance, who may not realise they are being racist.

“It could be the odd off-the-cuff remark that someone makes about your skin colour or other things in your presence. I think that’s more difficult to deal with because you might be pulling up a friend or an acquaintance or someone in a casual conversation, which makes it a really serious thing,” she says.

The Victorian Aboriginal Legal Service, located in High St, Preston, is proud to have joined forces with some of Australia’s leading businesses, sporting bodies and NGOs to support the campaign “Racism. It stops with me.”

The national campaign, which has been developed by a partnership of government and non-government agencies, will run until 2015. Two-thirds of the 1500 people who responded to the campaign survey said they had experienced racism.

Research from 2011 revealed that one in seven Australians said they had experienced discrimination because of their colour or background, a figure that has been steadily increasing in recent years. Research has also shown 70 per cent of people agree that Aboriginal and Torres Strait Islander and non-Indigenous people are prejudiced against each other.

Racism has a significant impact both on the individuals who experience it and the wider community. The campaign says that research shows there are significant links between experiences of racism and discrimination and poor physical and mental health, reduced productivity and reduced life expectancy.

So what can you do if you’re subjected to racism?

“Legally, there’s a legislation that protects people against racism in a certain setting,” Meena says.

“In Victoria, you can lodge a complaint with the Victorian Equal Opportunity and Human Rights Commission and they go through a process where they investigate the complaint and see what can be resolved. Then depending on what happens with that they can take it further and see what the options are for resolving the complaint.”

Through a partnership between VALS, Victoria Police and the Victorian Equal Opportunity and Human Rights Commission, a trial is currently taking place so that victims can make reports through a variety of community centres. The initiative is currently being trialled in areas of Victoria and will hopefully soon be available all over the state.

“Rather than going directly to the Equal Opportunity Commission, which might be a bit difficult for people, people can make a report through a third-party reporting hub. That means they could come to VALS… they could go to another community organisation and make reports and that goes through to the Commission,” Meena says.

Aboriginal and Torres Strait Islander people needing legal support can contact the Victorian Aboriginal Legal Service on (03) 9418 5999 or 1800 064 865 or visit the “Racism. It stops with me.” website at itstopswithme.humanrights.gov.au