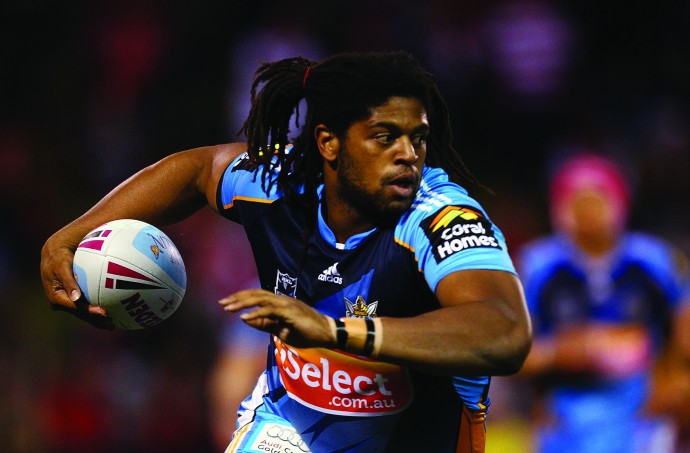 Towering at just one centimetre shy of 2m and weighing in at 118kg, Jamal Idris is a juggernaut you wouldn’t want running at you on the footy field. And after a nine-month hiatus, due to a horrific ankle injury sustained mid last season, Idris is back and running once again with a brand new club.

Jamal, 23, admits that after nine months of not playing it will take him some time to once again reach his peak. He says that he began cramping at the 60-minute mark during his first game back, but he’s urging his fans to bear with him for around “six to seven games” and that he’s “just warming up”.

The star centre recently signed a three-year deal with the Penrith Panthers this season, leaving his former club the Gold Coast Titans on compassionate grounds. His main goal this season is to get through it unscathed, however, he’s not off to good start, missing Round 1 due to a hamstring injury he sustained in the club’s final trial game against NSW Cup side Newtown. 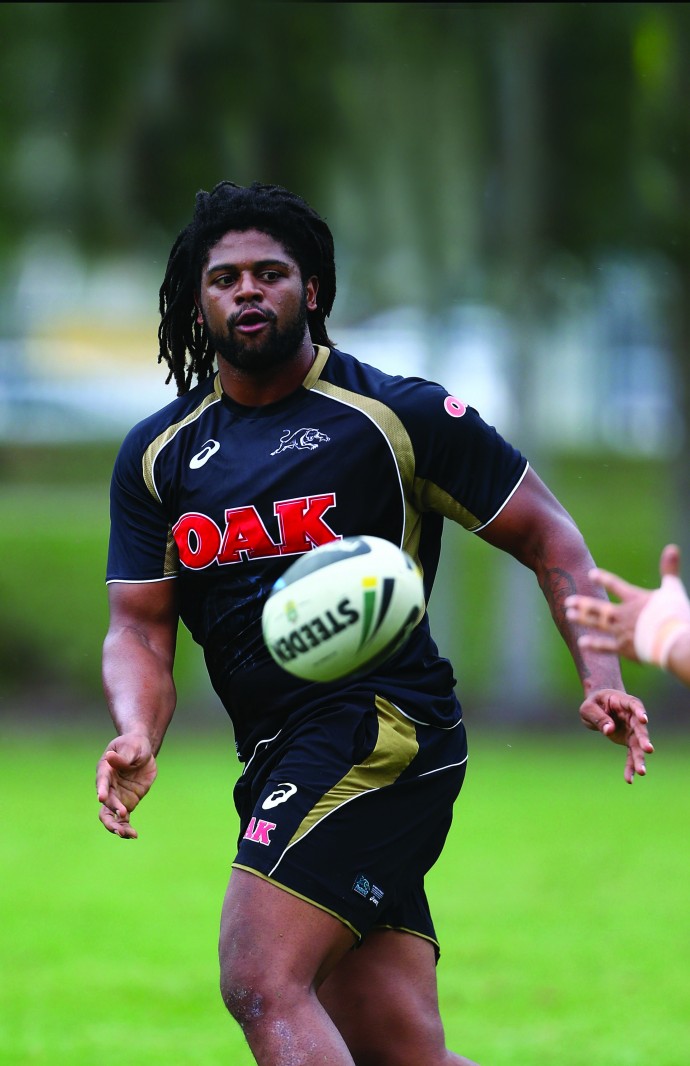 “My main goal is to play injury-free throughout the season, and my performance and everything just comes with that,” he says. “If I was going to push it, I would’ve played Round 1, but what’s the point of pushing it – one game compared to 24.”

Although he wasn’t sure what to expect from his new coach, Ivan Cleary, Jamal says he saw fairly quickly that he had things under control.

“When I first got down here I didn’t know how he coached or anything – I was still trying to get a feel for it. It was pretty evident within the first week of our competition that he’s definitely got his head around it – he knows what he’s doing,” he says.

“As you can tell by the way the boys play, we all play for each other even though everyone individually goes out on their own.”

Due to his unfortunate string of injuries, Jamal hasn’t had the chance lately to play at 100 per cent, but once he’s at full flight he will be an integral driving force behind the team – a team he’s sure has a shot at taking out the premiership.

Amazingly, Jamal has been playing top grade footy for seven years, despite being only 23. He explains that since debuting with the Bulldogs back in 2008 he has grown as both a player and a person.

“I have matured a lot more and I’m definitely in a different stage in my life right now. This is my seventh year of playing NRL and I’m still 23, so hopefully I’ve still got a while to go, but in saying that I’m looking towards the end of my career as well so I’m trying to make sure that everything is set for me after football,” he says.

Hopefully Jamal still has a decent amount of time left playing in the NRL, but what is waiting for him after football?

“I love going out and seeing kids. Kids are basically our future; everything you do should be to inspire them. Adults seem to think that they know all the answers whereas children are still easily moulded. You don’t want to give them negativity and make them to grow up being a hating person. You’ve got to surround them with love and inspiration,” he says. 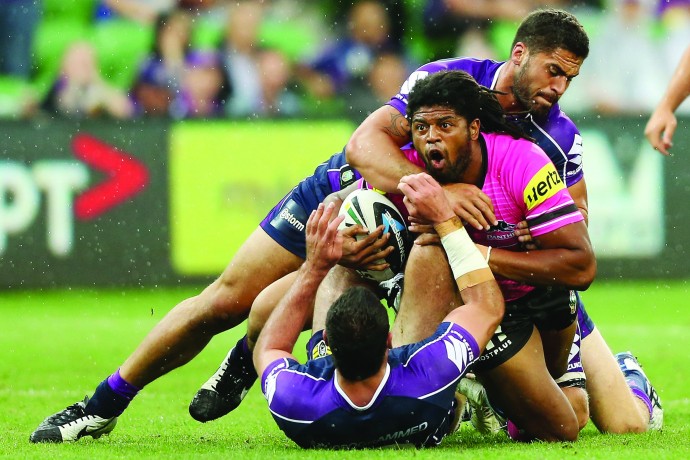 Despite having no overarching interest in the game when he was younger, Jamal is now a favourite – admired by fans and teammates alike. He is passionate about the game now, but stardom aside, it’s not always an easy life.

“They see the glitz and glamour of football but that’s not what it’s all about. You sacrifice a lot – which you think is the be all and end all at that age – but when you get older you realise real quick that it doesn’t mean anything,” he says.

“To me it means hard work, sacrifice and I like to keep my circles more – friends and family, that’s it.”

There is a promising season coming up for Jamal and his new club. He says he’s looking forward to it and there’s nowhere else he’d rather be.

“There’s nothing better than running down the field and hearing your fans scream for you – just thousands of people,” he says. “Whether they’re screaming for or against you, it doesn’t matter. I wouldn’t want to be anywhere else.”