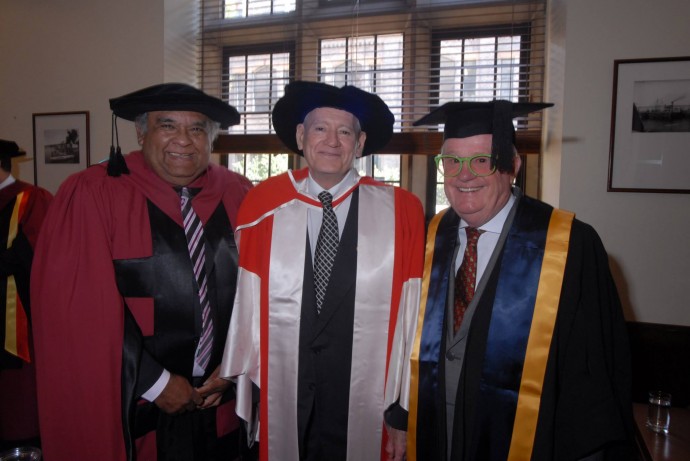 Melbourne University has recently received a $10 million donation towards Aboriginal and Torres Strait Islander health from a well-known philanthropist and his friend.

Greg Poche, a retired transport magnate, and his friend and colleague Reg Richardson, are passionate about Indigenous health and helping to close the gap.

The Poche Centre at Melbourne University will be the third, so far, to be funded and developed by the duo. The other two are located at Sydney University and Flinders University.

The $10 million donation aims at encouraging Indigenous students to pursue and further careers in medicine and allied health. There will be three levels of study, including courses for undergraduates, postgraduates and PhD students.

“I took the idea to Melbourne University; we already have three set up in other states so I set those up with the university and then I met with the head of the medical school,” Mr Richardson says.

“I met with him a couple of times and we nutted something out and came to the conclusion that the way we should go is to create several generations of Indigenous health leaders to do courses at the university.”

The university will select capable medical students from around the country who wish to study at Melbourne University under the Poche Centre. Mr Richardson says they hope to be producing approximately 50 to 100 new Aboriginal health leaders over the next five years.

“[Aboriginal people] are often scared or nervous of going to the doctor, and not only will we be producing doctors, but allied health workers over a wide range of subjects,” he says.

Poche Centres at Flinder’s University and Sydney University have already been quite successful in producing Aboriginal health workers and attracting them to study health sciences. They will all now have the option to further their careers at Melbourne University.

“At Flinders University we have 20 studying medicine and 80 Aboriginal people studying health sciences, so now they will be eligible to come to the centre at Melbourne University to further their career as leaders in the Aboriginal community from around Australia.”

The Melbourne University has already begun processes to establish the Poche Centre beginning from next year. For more information and updates, see the University website.