This year’s annual NAIDOC in the City event at Hyde Park in Sydney was a huge success, offering Sydney-siders a great taste of traditional culture, entertainment and food. 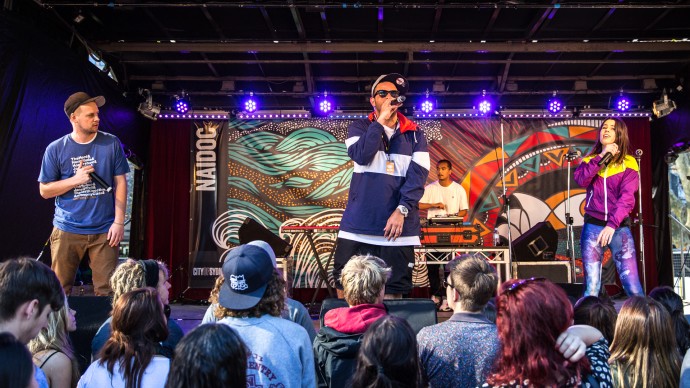 Jimblah and Horrowshow’s performance drew in a large crowd at NAIDOC in the City. Photo: City of Sydney.

For NAIDOC in the City event producer, Amber Alge, the event was impressive in every way.

“NAIDOC in the City was another successful event that Deadly Vibe was honoured to be a part of. The day was perfect, the sun was shining and the crowd was in great spirits. What a great start to NAIDOC Week,” she says.

“This year, we incorporated a traditional earth oven, which was incredibly well received by the public – Aboriginal and Torres Strait Islander people and non Indigenous. Traditions that have been active for over 40,000 years are well and truly still alive.” 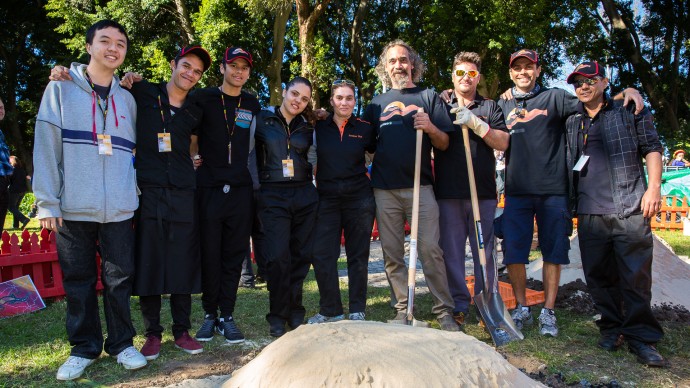 Lines were huge to grab a feed of crocodile, emu, kangaroo and chicken from the earth oven. Photo: City of Sydney.

We were officially welcomed to country by Aunty Millie Ingram and the Jannawi dancers in the dancestry circle, while servings of emu, kangaroo, crocodile and chicken were being placed in to the earth oven for a traditional feast later on in the day.

The soulful sounds of singer/songwriter Marcus Corowa kicked off the day’s entertainment on the main stage, followed by a crowd pleasing dance workshop, with dancers Ryka and Elizabeth from the popular TV show Move it Mob Style®, which got young and old alike up and dancing along to the routines. 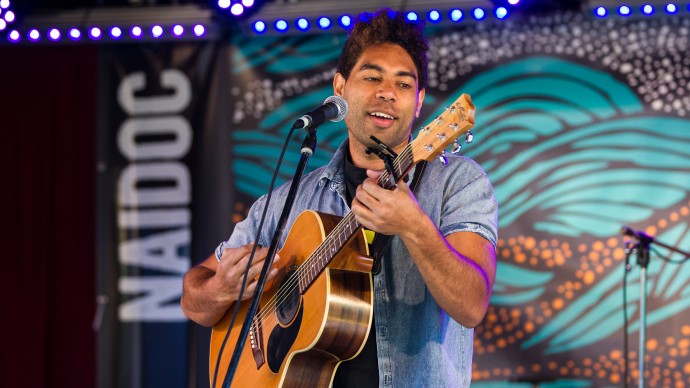 A performance by Marcus Corowa kicked off the day’s entertainment. Photo: City of Sydney.

As well as entertainment there were also some great interactive activities on offer with many taking part in basketweaving and art workshops for the kids, as well as storytelling at the City of Sydney lawn library.

Talented and well loved Sydney hip hop duo Horrorshow, joined powerful rapper Jimblah and Georgia Humphries on stage to deliver the day’s most popular performance, with hits of their own and a powerful rendition of Archie Roache’s ‘Cannot buy my Soul’.

Rounding out the day on the main stage was songstress Evie J who delivered her own blend of soul/rnb and kept the crowd dancing with covers of hits by artists such as Chaka Khan, Pharrell Williams and more. 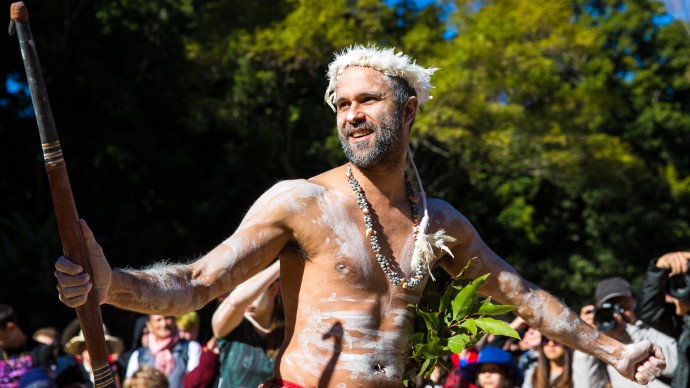 The celebration of culture drew in a reported crowd of 6,500 throughout the day. Photo: City of Sydney.

Cameron Byrnes, from City of Sydney Events says that over 6,500 people attended the event over the day.

“Whether they rocked it out to Jimblah & Horror Show on the main stage, enjoyed storytelling in the lawn library or watched and waited for the delicacies to be unearthed and tasted at the earth-oven, all those who attended the event immersed themselves in the celebratory theme of NAIDOC. Culture & Creativity.”