Round 14 NRL Preview with Jake Keane

With the 2014 season now already past the halfway mark, a glance at the competition ladder tells one major story, that this season is one of the closest in recent memory. Currently, only two points separate competition frontrunners, the Panthers, Bulldogs and Sea Eagles, from all remaining teams inside the Top 8. 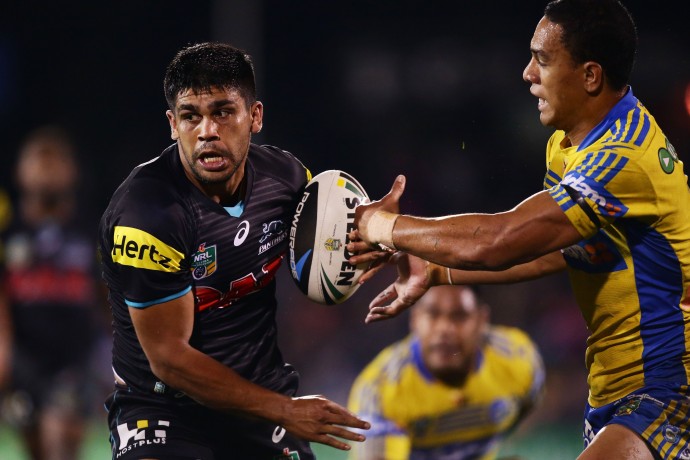 Tyron Peachey has been on fire for the Panthers. Look for him to make a big impact against the Dragons this weekend. Photo: Getty Images.

Two of those Top 8 teams currently tied on 16 competition points, the Rabbitohs and Tigers, will do battle on Friday night. Possessing a favourable for and against tally, a win for the Rabbitohs could potentially see them go to top of the table. The Rabbitohs are coming off a gutsy win over the Warriors, arguably the best of their season so far, considering they lost several players to injury, including Greg Inglis, during the match. However, they will be without Inglis (injury), and key second rower Ben Teo (Origin) for the match, as well as Chris McQueen (Origin). Boom centre Dylan Walker will be another a big loss for South’s after injuring his thumb in a standout performance against the Warriors. If he can overcome injury concerns in time, keep your eye on Aboriginal rookie winger Alex Johnston in this match. Alex has got his NRL career off to a blinding start this season, and looks to be a star of the future.

The Tigers will be without Robbie Farah (Origin) and Aaron Woods (Origin) but, like Souths, are also coming off a confidence boosting win last round. The Tigers were impressive winners over Souths the last time the two clubs met earlier in the season, however, Souths have undoubtedly improved since then. With both teams missing key players, the presence of the Burgess brothers in the Souths’ line-up, and the recent return of Isaac Luke, would seem to give them the advantage this time around. 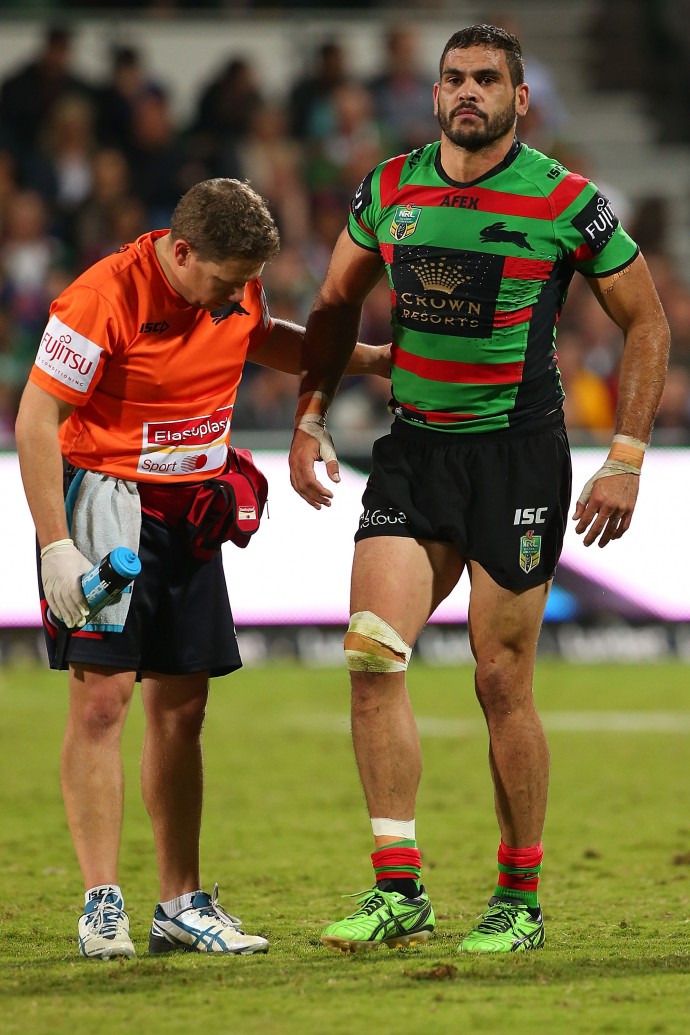 Greg Inglis limps from the field during Souths Round 13 win over the Warriors, and remains in doubt for Origin II. Photo: Getty Images

Out in Western Sydney, the Panthers are flying high at present. With four wins on the trot, Penrith is sitting on top of the ladder on for and against and have every right to continue that streak against the struggling Dragons on Saturday. While last start winners themselves, the Dragons win came over a severely depleted Sharks team, which makes any potential improvement difficult to gauge. The Dragons will also be without Josh Dugan and Trent Merrin on Origin duty. For the Panthers, Aboriginal second rower Tyrone Peachey has been in outstanding form of late, and over the past three games has run for a total of 475m, scored three tries, and made four line breaks. When you throw in the fact the Panthers are playing at home, it’s hard to see them losing, and they enter the match heavy favourites.

The Knights will be desperate for a win against the Roosters on Saturday night after a disappointing close loss to the Panthers last week where they scored four tries and controlled large sections of the match. They will lose the services of Beau Scott and Darius Boyd to Origin, while the Roosters will lose potent attacking weapons Michael Jennings and Alex Tupou, as well as forward Aiden Guerra. The Roosters have been hard to pick so far this season, with a heavy defeat at the hands of the Cowboys a major low point, but have won six of their last seven games, and will go into the match knowing they can, and should beat a depleted Knights team who will be playing away from home.

On Sunday afternoon, two fierce Sydney rivals, Parramatta and the Bulldogs, go head-to-head at ANZ Stadium in a battle of two Top 8 teams who also happen to be among the NRL’s big improvers this season. While the Bulldogs were competitive in 2014, this year they are potential Premiership threats, while the Eels have rebounded from the bottom of the table to be pushing for a place in the Top 4. Both sides are heavily depleted due to Origin for this match, with the Bulldogs missing their all-important half’s pairing of Trent Hodkinson and Josh Reynolds.

The Eels are coming off a great win over the Cowboys, and are shooting for their fourth win in five games, but will need to do so without their star player, Jarrod Hayne (Origin), and gun back, Will Hopoate (Origin). Rejuvenated Parramatta halfback Chris Sandow could prove to be the x-factor for the Eels in this match, and last week he ran the ball 14 times against the Cowboys, a personal season high. The loss of Hayne is massive for the Eels, and should tip the scales in favour of a Bulldogs win. 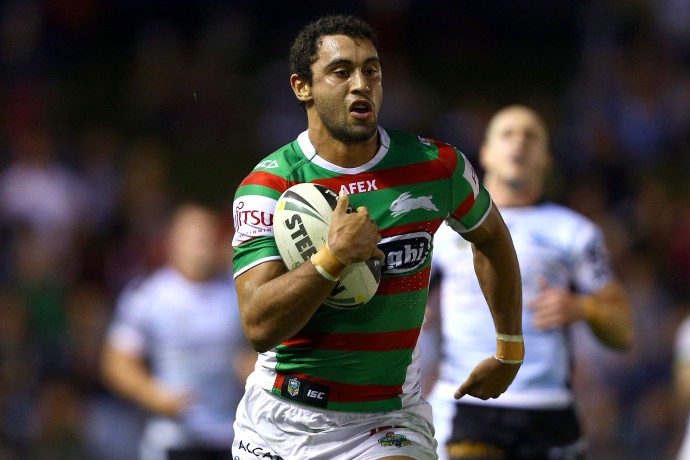 The final match of the round sees two mid-table teams the Storms and the Titans, both sitting just outside the Top 8, face off in Melbourne. After starting the season with lots of promise, the Titans have been on a steady slip towards the wrong end of the ladder. Both teams are down on confidence and troops, and considering they are both locked on equal competition points, there is plenty to play for. The Titans will be missing Greg Bird, Nate Myles and Ashley Harrison on Origin duty, while the Storm are without their big three – Cronk, Smith and Slater, due to injury and Origin commitments respectively. If Titans half Albert Kelly, hampered by a leg injury of late, can regain some of his earlier season form and confidence, he could well prove the difference in what shapes as a game that either side could win given the right attitude on the night.

Finally, Wednesday night’s big Origin clash in Sydney. With the Blues successfully weathering a second half Marron barrage in Game 1, and now with QLD facing their worst injury toll in years, and an away match, it seems the Blues have never had a better chance than right now to end Queensland’s Origin reign of supremacy. Already without Cooper Cronk, and with Billy Slater, Greg Inglis and Daly Chery-Evens all in doubt, the Queenslanders have their backs to the wall. For the Blues, Laurie Daley has gambled on Josh Dugan and Will Hopoate to replace the injured Morris twins in the backs, while welcoming back Greg Bird to the team. Will QLD’s amazing run of series victories finally come to an end? In spite of the injuries, it is impossible to write off a Maroon Origin team, particularly one with Johnathan Thurston still in the line-up, and it all shapes for an engrossing confrontation.