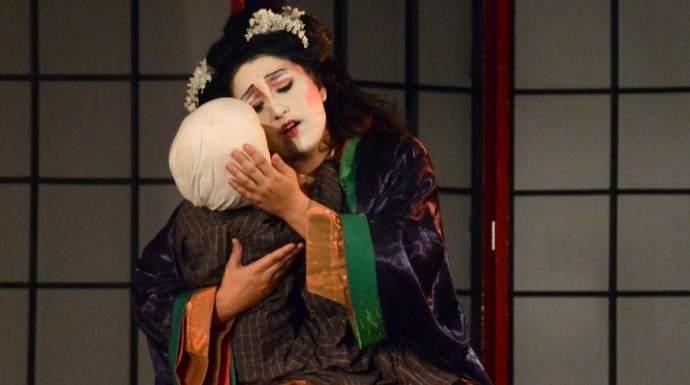 One day Grace’s mother heard her singing and mistook it for the Italian Opera, it was then that she began lessons. Photo: Christopher Bremner-Macdonald, bremac Photography

The recent discovery of her Aboriginal heritage has been quite an experience for young opera singer Grace Bawden.

After being adopted at a young age, Grace’s father never got to know who his mother was, or how to find her.

It wasn’t until late last year that he told 21-year-old Grace that he had found her through a friend of a friend and that she was, in fact, Aboriginal.

“I loved getting to know my grandmother recently – a couple of months ago now. I found out at the end of last year,” Grace says.

“It’s been a wonderful experience getting to meet her and my family, and knowing that I have more than one uncle and lots of cousins. I’ve been on a couple of family outings which has been wonderful.

“It’s really good to know that my grandmother is alive and well and now she wants to be a part of the family all the time, so I’m very happy.”

Grace’s grandmother also happens to be prominent Aboriginal elder Shirley Peisley, and her extended family also boasts an uncle and aunt who were both highly regarded opera singers.

One day Matilda heard Grace singing and mistook it for the Italian Opera, it was then that she began lessons. She has since had quite a successful career in opera.

She first gained national recognition when she hit the small screen as a contestant on Australia’s Got Talent, and she has recently returned home from touring with South Australian company Co-Opera in their production Madama Butterfly.

“I just finished my tour with Madama Butterfly. It was great, and I got lots of standing ovations for different performances which was really good,” Grace says.

“Travelling around Sydney, NSW and Melbourne was really good. It was really great to have that experience.”

And although she didn’t know she was part of it until recently, Grace has been involved in the Aboriginal and Torres Strait Islander community and events many times.

“I did the Spirit Festival, I’ve played on Nunga Wangga Radio Station and the Aboriginal community are wonderful supporters. Everyone is just so supportive of me, and it’s just really beautiful,” she says.