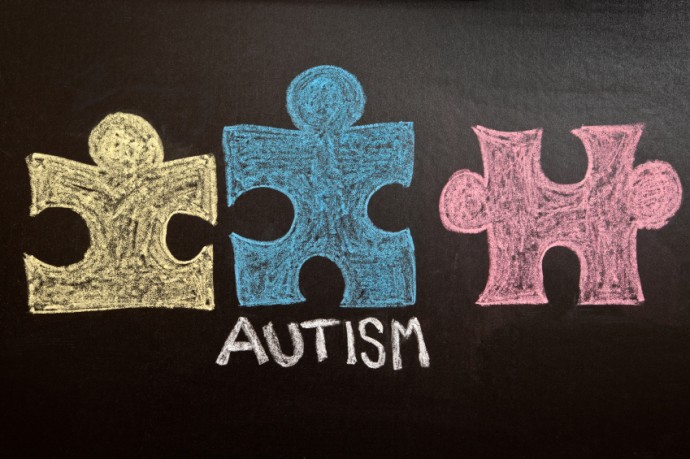 What is Autism Spectrum Disorder (ASD)?

Autism Spectrum Disorder (ASD) describes a range of neurodevelopment disorders that impair the growth and development of the brain and central nervous system. The lifelong development disability, which affects roughly one-two percent of school-aged children, is characterised by difficulties in social interaction and relationships, verbal and non-verbal communication, limited interest in activities, and repetitive interests and behaviours.

The disorder, which is four times more likely in boys than girls, affects no two people the same. Yes, all people with ASD will exhibit these range of symptoms but not on the same level, hence the word ‘spectrum’. ASD reflects a wide range of challenges associated with the disorder and the severity in which people are afflicted will vary greatly.

Conditions on the spectrum

According to the Centre for Disease Control (CDC), “A diagnosis of ASD now includes several conditions that used to be diagnosed separately: autistic disorder, pervasive developmental disorder not otherwise specified (PDD-NOS), and Asperger syndrome. These conditions are now all called autism spectrum disorder”.

Asperger’s Syndrome, for example, is the mildest form of ASD. People suffering from Asperger’s Syndrome will not possess the social skills of their peers; they are usually awkward, uncoordinated, and find great difficulty in developing friendships among other core social functions.

Someone suffering from Asperger’s Syndrome often shows interest in a single object or topic. They usually learn about it and discuss it non-stop. Some with the disorder may show superior fluid intelligence or talent in their respective areas; it is thought that both Albert Einstein and Sir Isaac Newton suffered from Asperger’s.

Although an exact cause is still unknown to medical science, risk factors have been identified. Genetics, prenatal and perinatal factors, neural tissue or nervous system abnormalities, and environmental factors may all play a part.

Recently there has been speculation that vaccinations for diphtheria, tetanus, whooping cough, as well as MMR may cause ASD. But a recent study by the University of Sydney that was published in the journal ‘Vaccine’ rules out any such link. The data covered more than 1.25 million children from the US, UK, Japan, and Denmark, finding no connection between the two.

There is no convincing scientific evidence that there is a correlation between vaccines and autism, so the fear of ASD should not deter parents getting their child vaccinated against life-threatening diseases.

What are the signs of ASD?

By the time a child has reached the age of two, most parents will begin to notice behaviours, or the lack there of, that may indicate their child has ASD. No babbling by 12 months, no gesturing by 12 months, no single words by 16 months, and no two-word phrases by 24 months may all be indicative of ASD and are a sign to proceed with further evaluations.

More specifically, according to the CDC, children or adults with ASD might:

• not look at objects when another person points at them

• prefer not to be held or cuddled, or might cuddle only when they want to

• appear to be unaware when people talk to them, but respond to other sounds

• be very interested in people, but not know how to talk, play, or relate to them

• have trouble expressing their needs using typical words or motions

• not play “pretend” games (for example, not pretend to “feed” a doll)

• repeat actions over and over again

• have trouble adapting when a routine changes

• have unusual reactions to the way things smell, taste, look, feel, or sound

• lose skills they once had (for example, stop saying words they were using).

How is ASD diagnosed?

At present, there is no medical test to diagnose ASD; specially trained paediatricians, physicians and psychologists will carry out autism-specific behavioural evaluations. A diagnosis, which is usually not conclusive till three or four, will be given based on observing a child’s behaviour (how they interact, communicate etc.), interviewing parents, and reviewing the child’s developmental history. In cases of ASD, it’s always good to get multiple opinions and evaluations.

How is ASD treated?

There is, at this time, no cure for ASD. Treatment is through management and will depend on where the child falls on the spectrum; it’s very individualised. Management may revolve around programs that aim at improving the affected person’s behaviour, communication, social skills, and self-care skills. Sometimes medication is used.

In some cases, the symptoms of ASD may lessen over time; sufferers may become more responsive and understanding of the world that surrounds them. In others, symptoms may improve significantly or resolve entirely.

The earlier ASD is detected and subsequently treated will improve the outcomes.

It is unlikely that those affected by severe ASD will be able to live independently; they may need constant care by guardians, parents, or institutions if their symptoms do not lessen or subside. In contrast, a person with ASD who has acquired good language, behavioural and social skills, has a reasonable IQ, and a set of marketable skills, may be able to lead a reasonably normal life. But, because the severity ranges vastly, the prognosis will be different for every individual.

Caring for a child with ASD can be very difficult also. This is why treatment will also address family distress.

For more information on ASD and where you can get help if you’re a caregiver of an afflicted person(s), or if you think your child is exhibiting signs of the disorder, visit Autism Spectrum Australia.