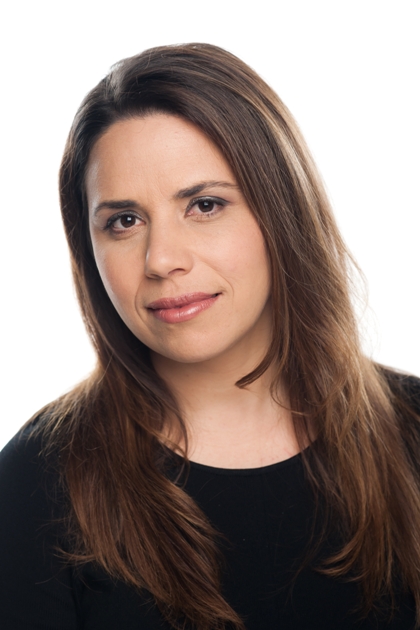 On the eve of NITV’s first anniversary as a free-to-air channel in the SBS stable, Deadly Vibe Wire caught up with Channel Manager Tanya Denning to find out how things have been going.

Tanya Denning, a proud Birri woman from Central Queensland, joined NITV as one of its first commissioning editors in 2007 and has since worked her way to the top. She says it’s been a challenging year but a great one, too. And with a Deadly Award and two nominations for Walkley Awards (for excellence in journalism) under their belt, she’s not alone in thinking that.

“It’s great to have our mainstream media colleagues really recognise the quality and integrity of our journalism. We’ve put a lot of investment in our news and current affairs, into getting the issues of our community reported on daily. That doesn’t really happen in prime time anywhere else,” Tanya said.

Another highlight was winning back the Marngrook Footy Show, which started on NITV.

“Marngrook is made by an Aboriginal company from Victoria and it’s been our biggest rating hit. Getting that commission into NITV wins on all sorts of levels for us,” Denning said.

“Move It Mob Style is also huge for us in an audience sense,” she says, “and it’s so great to be able to keep commissioning companies so they’re able to keep growing.”

With over 50 employees and more than three-quarters of them Indigenous, NITV is also providing lots of opportunities for people to develop their skills, whether it’s in creative aspects of the business or in accounts.

NITV now reaches 95% of Australian households, though Denning says it can be a challenge creating awareness of NITV given that with digital TV there are now many free-to-air channels to choose from. The good news is that once people discover NITV they keep coming back to it.

According to the ratings companies, around 700,000 people watch NITV each week. Of those, 133,000 are Aboriginal and Torres Strait Islanders. Over the year, the social media presence has grown with 50,000 people engaging with it every day, while more than 50,000 extra visitors have come to NITV’s interactive site, The Campfire, since the free-to-air launch. Marngrook tops the show ratings with about 70,000 viewers.

Tanya’s impatient for all this to keep growing and there’s a good chance of that happening given the shows scheduled for 2014. Highlights include Hard Rock Medical, a co-production with Canada. Set in an unorthodox medical school in the wilds of Northern Ontario, there are elements of Gray’s Anatomy and Northern Exposure with a talented cast including Indigenous actor, Mark Coles Smith, who plays Aboriginal doctor in training, Gary Frazier. The show also follows Gary for a few episodes when he returns to Australia to confront his past.

Other highlights include a cooking show set in the Kimberley region of Western Australia called Kriol Kitchen, which stars sisters Mitch and Ali Torres. They follow Broome families from paddock to plate, as they make the delicious food that comes from the fusion of Indigenous cuisine with the exotic multicultural culinary influences for which the region has been famous since pearling began.

Whichever way you look at it, things are looking up for Tanya Denning and her team at NITV.