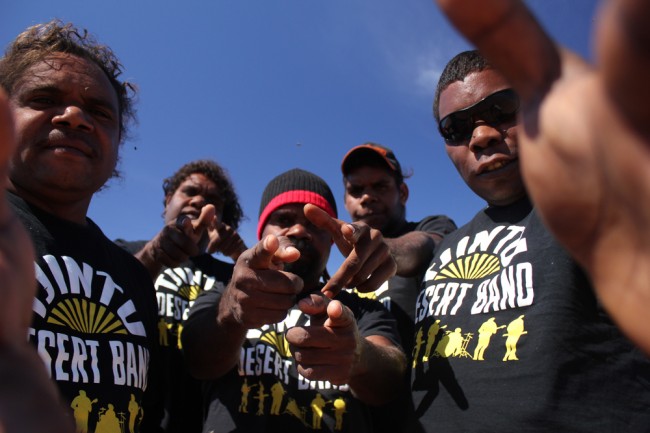 Music transcends all boundaries whether those barriers are race, religion or politics and lets commonality be shared by everyone who listens to it. Music allows people of all walks to share a message about their lives, culture, country and people on a purely poetic foundation with no judgement or criticism.

The Tjintu Desert Band is one group that utilises the medium of music to surpass all material objects and focus on the things that matter like preserving language, land and culture. This is reflected in their debut album as the Tjintu Desert Band – Tjamuku Ngurra (Grandfather’s Country).

Lead guitarist and back-up vocalist Jeffrey Zimran was instrumental in the songwriting process and says that they’re all ecstatic with the finished product.

“We just finished working on it last year and it’s going to be a great album,” he says.

“It’s about our country, our people, the wind, the rain… but it’s mainly about the country – it’s really important.” 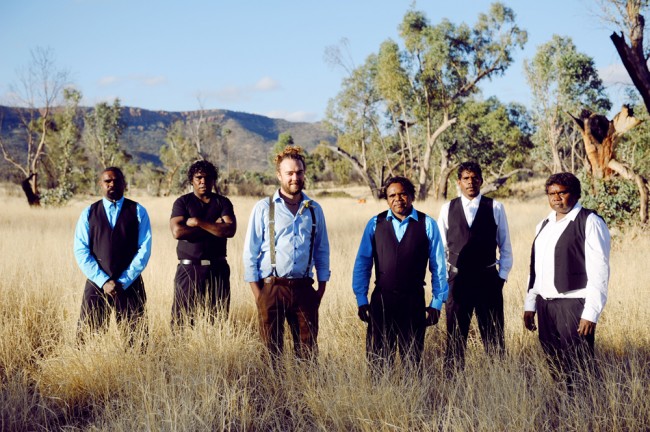 The music featured on the album has grown from the band’s previous work, but employs a more unique sound. CAAMA’s Music Manager and close friend of the band members, Michael ‘Miko’ Smith, worked closely with the band throughout the process.

“Their sound has evolved. They’ve gone from the traditional sound out here, which we call ‘Desert Reggae’, into a more diverse range of sounds,” he says.

“As they’ve changed members their interest in music has changed. I’ve sort of exposed them to a few different genres, technology is getting better and around the desert they pick up more influences I think.

“They’re starting to know their own musical style a bit better. It’s wonderful because it separates them from other bands that were playing that similar type of music. Now they’re unique.”

Miko says plenty of work went into the album and that together with the band’s natural storytelling abilities, makes for an enjoyable album.

“This new album has had a lot of people working on it, so it’s more processed, managed and planned than their last CD. It’s got industry professionals working all over it, so it’s a really good release for the band and they’re really happy with it.” 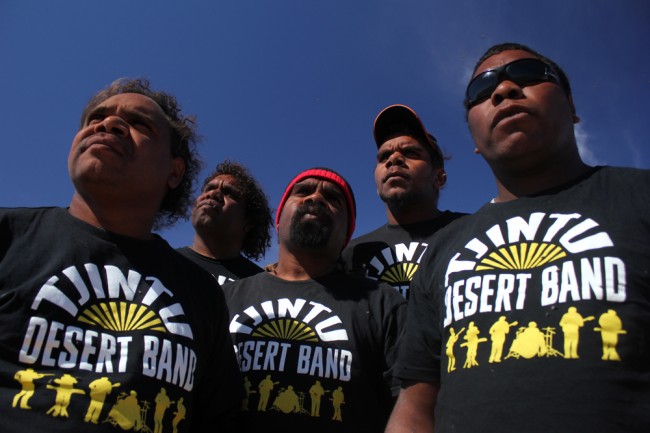 Jeffrey, who has become a close friend of Miko’s, is also an artist. He translates his art through music and vice versa, and he says that the two complement each other.

“There’s one song in the album called ‘Grandfather’s Dreaming’ and that goes with my painting,” says Jeffrey.

“It’s really important to tell the story about our country mainly through the language as well. It goes with the music because with the song you are also telling the story through the song.”

Most of the songs are sung in the Western desert language Luritja, like the title track from the album, Tjamuku Ngurra. As well as connecting with all the speakers of the language, Jeffrey says it plays a role in preserving it and making people aware of just how diverse Aboriginal culture is.

“Language is really important to us and that’s why we sing songs in our language,” he says.

Last year the band toured nationally, sharing their music with the country. Jeffrey and the band hope that one day they can take their sound to the world stage. 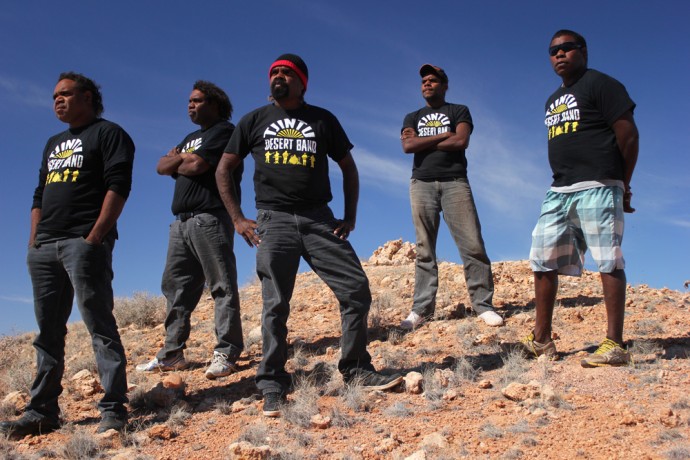 “It was really exciting to see a different audience turning up every night to the show. That made us really proud of ourselves. We’re not just taking our music with us, we’re taking our language as well,” explains Jeffrey.

“Sometimes on the stage we say a few words in language and try to teach the audience as well, like saying ‘Hello’.

“Our goal is to show not just white Australia but to show the other side of the world as well. We want to take our music overseas.”

Miko will continue to help the band reach their full potential, but he says it’s not so much about what he can do for them, but what they have already done for him.

“Those guys have really opened up my mind to their culture; they’ve given me a kin name and place within the community,” says Miko.

“We have a lot of cross-cultural conversations and relationships, especially with Jeffrey Zimran who speaks great English and is sort of the leader of the band. I’ve learnt so many things from him that you can’t read in books.

“Jeffrey walks both lines; the modern white-man culture and his traditional culture. He wants to understand both and prides himself on his English skills.”

Tjamuku Ngurra (Grandfather’s Country) is available to sample and purchase from CAAMA Music and iTunes.