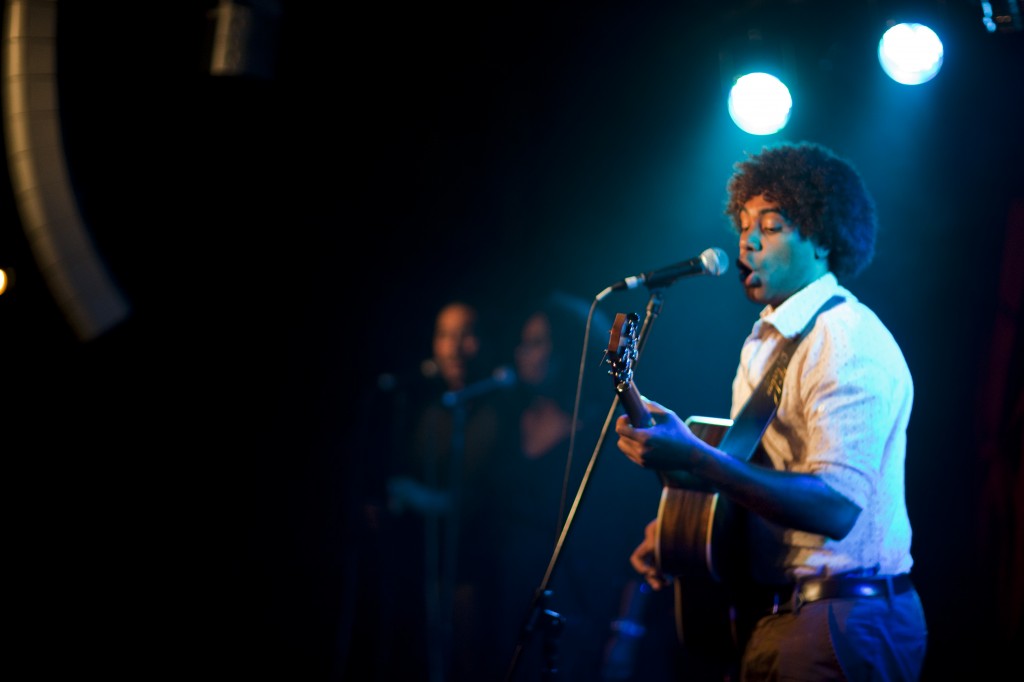 Marcus is known for his exuberant live performances

Marcus Corowa is known for the funky, feel good and soulful vibe he gives off every time he picks up his acoustic guitar captivating his audience with his melodious and soothing voice which characterised his last EP, but this year he is hoping to transition from the sounds of blues, jazz and funk to a more commercial sound.

“I’m working on new material right now. I’m going through the whole process of that and collaborating with songwriters, so hopefully by the end of this year I’ll have the next EP out,” says Marcus.

“I might be moving towards more synthesised sounds as opposed to a straight band sound, which is really different for me.

“It’s already proving to be a real challenge because I’m so used to writing on the guitar rather than with a producer. I’m excited about creating a more mainstream sound though.” 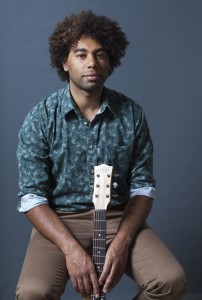 Marcus dreams to one day travel the world with his music

As well as working on new songs for his EP, Marcus has been a busy man performing gigs all over the east coast – something that he thoroughly enjoys.

“You’ve got to love music and love what you do. Sometimes it’s hard being on the road and gigging away from home all the time, but every time I perform it’s a great opportunity for me to share my music with new audiences who have never heard my songs before. I’m grateful to have that opportunity. I get to meet so many awesome people,” Marcus says.

“I always get a buzz out of that and I’m always trying something new in my sets to see what works and what doesn’t and checkout the reaction of the audience, but generally it’s been awesome. I’m so grateful for how well my music is received.”

Since winning a Deadly for Most Promising New Talent in Music in 2012, Marcus says that his profile has been raised and his voice is starting to be heard which will hopefully lead him to his “ultimate dream”.

“My career has picked up in terms of gigs and performing with winning the Deadly Award. I think my profile has been raised and therefore more people know about me. Winning that has definitely been one of the best things for my career,” he says.

“My ultimate dream is to have my own band and be touring worldwide. Hopefully soon I’ll be recording albums and winning ARIA’s – that’s the dream, but I’m also just happy to be creating music and making a living out of doing what I love.”