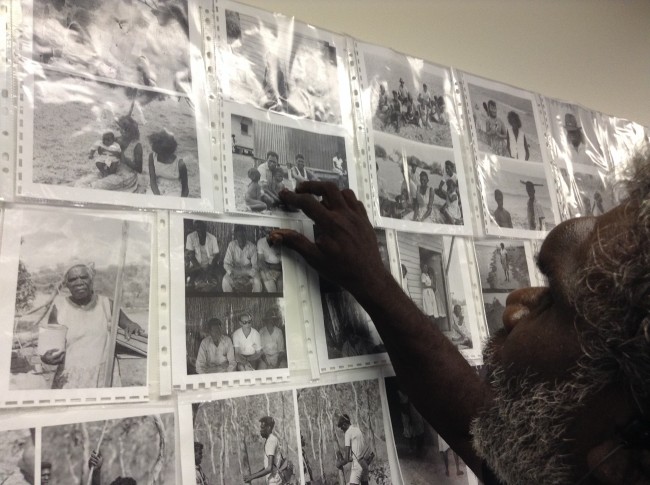 Memories of a time long past came flying back to Numbulwar with last week’s arrival of a collection of 450 unique black and white photos taken 50 years ago and held by the Netherlands Museum.

Numbulwar a small gulf town of 700 people located 400 kilometres east of Katherine has welcomed the return of a collection of 450 photographs taken in 1964 -1965.

The photographs were returned by the Oceania Curator of the Museum of the Netherlands, Dr. Fanny Wonu Veys who visited beautiful Numbulwar in late February.

“Once word got around the community that the collection was in town, people started coming in. We had all of the photos up on the wall on a projector, like a slideshow,” Ella Geia from the Roper Gulf Regional Council says. 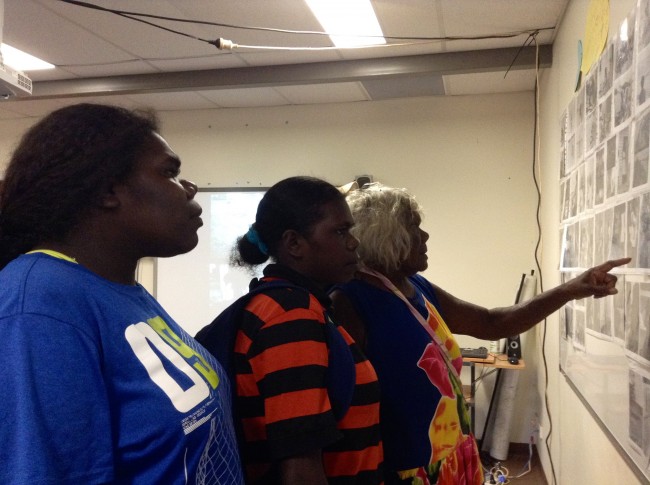 “People would come in just two or three times just to sit and just look at the slideshow even though they had seen it before.”

The historic black and white photographs were taken by Dutch anthropologist Alex van der Leeden and recorded everyday life in and around the then newly established town.

A small sample of thirty black and white photos will be publically displayed at the School and with the assistance of language workers Janga Numdhirribala and Mamuna Murrungan, these will be documented into clan and kin groupings and named where possible. The photos will be kept in the digital archives of the language centre at the Numbulwar School.

Photographic history from this time is very rare and the exhibition has caused quite a stir in the small town as people recognise themselves as very young people and see family and places long gone. 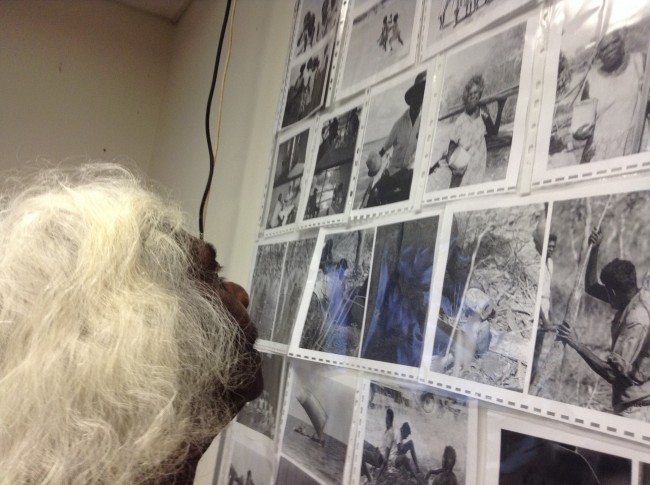 Community elders have reviewed all the photos and where culturally sensitive these have been placed in a restricted file but most will be available for public viewing.

This valuable and enduring link between the new town and the traditional lifestyle of the old people will enhance the growing archive and heritage collection at the Numbulwar School and become a permanent record of a time of significant transition.

“The reaction was really moving at times, I remember one of the ladies kept touching a photo and saying ‘I can’t stop thinking about my aunty’ and that sort of thing,” Ella says.

The return of the collection has also been assisted by Professor Jane Lydon of the University of Western Australia. A travelling exhibition is being planned for later in the year possibly to go to this year’s Barunga Festival and Katherine.