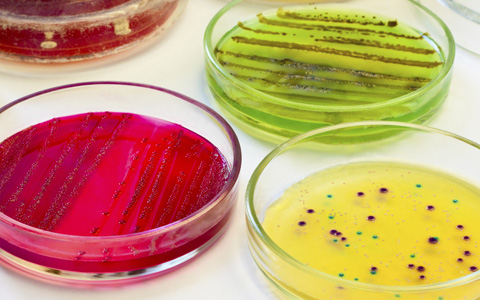 At some point in our lives it’s inevitable that our immune systems will become compromised and not be able to completely stop a nasty strain of bacteria infiltrating our bodies, reproducing, and making us ill. This is where antibiotics come in.

Antibiotics, a name first coined in 1889 meaning “anti-life”, work by killing or inhibiting the growth of certain bacteria to clear an infection such as tonsillitis, bronchitis, and ear infections. A doctor will prescribe a course of antibiotics when a bacterial infection exists.

A course of antibiotics will usually last anywhere from under a week to a few months and it’s very important that the course is finished and all the bad bacteria killed because, if it’s not, the bacteria can become resistant. It’s also important that antibiotics are only taken when necessary.

Antibiotic resistance is a growing and frightening phenomenon that occurs when antibiotics lose their ability to effectively kill and stop bacteria, reproducing because the bacteria mutate or acquire resistance from another bacterium; this is an example of Evolution by Natural Selection.

An example of bacteria that has become resistant to antibiotics, that were once used to treat it, are some strains of Staphylococcus aureus, aka Golden Staph, called multi-resistant S. aureus (MRSA). This means that a once easily treatable infection is now potentially life-threatening to those who contract it because the antibiotics are rendered futile.

Although antibiotic resistance is a natural phenomenon, human intervention has played a lead role in the current higher-levels of resistance, with a significant amount of the drug being prescribed when it’s unnecessary, and being misused – leading to resistance.

When a course is not completed it allows the left over bacteria to adapt and form a resistance. The resistant bacterium can be spread from person to person.

A course that is taken when not necessary also contributes to the higher level of antibiotic resistant bacteria. People will often take a course when they have an ailment like the common cold. The common cold is caused by a virus. A virus is not living and can’t be killed by antibiotics.

The body contains a lot of good bacteria too, for example; the intestines house an array of bacteria that aid in digesting food. When antibiotics are taken they can kill the beneficial bacteria as well as the bad bacteria. Some attribute this to the rise of chronic disease like asthma, obesity and cancer.

Antibiotics are a good thing and they reflect how far medical science has progressed but should only be used when absolutely necessary and prescribed by a doctor.