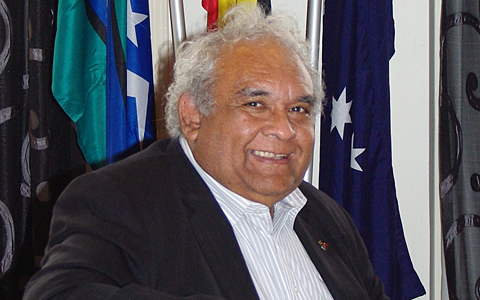 Aboriginal elder, human rights and health advocate and community leader Dr Tom Calma AO has never been far away from the policy table. The former Aboriginal and Torres Strait Islander Social Justice Commissioner has been instrumental in not only putting the focus on human rights but in cutting a better deal for the health and the social and emotional wellbeing of Indigenous peoples.

He has spearheaded many, many initiatives including the Close the Gap for Indigenous Health Equality Campaign, the National Congress of Australia’s First People, development of the inaugural Indigenous suicide prevention strategy and Justice Reinvestment. Deadly Vibe caught up with Dr Tom on the eve of our 200th edition to talk about how far we’ve come in improving health outcomes for Aboriginal and Torres Strait Islander people, and about the policies and programs that have been instrumental in progressing better health outcomes over the past 16 years.

“Firstly, let me congratulate Deadly Vibe magazine on reaching this great milestone of the 200th edition. Congratulations also to CEO and founder Gavin Jones for your vision, insights and endurance to produce a first class publication that reaches our people across the nation irrespective of whether they are in the classroom or lounge room. Of course Gavin didn’t do it single handedly. His team of dedicated and creative people share this milestone,” Dr Calma says.

“Over the past 16 years we have seen many changes in the lives and life circumstances of our people – some for the good and some not so good. So let’s look at some of the big ones.”

“Media plays a big role in health. They can influence how we think about our body and what we need to do about looking after our body and our mind. Poor media can make us feel bad about ourselves and others, and that is why Indigenous media is so important and so good because it shares our stories from our people. We must be proud about who we are and remember we are all individuals who are unique and we are the First Peoples of Australia, the longest continuing and surviving culture in the world.” Dr Calma says.

“What is important to remember is that governments and doctors cannot make people healthy they can only support us to get healthy. It is up to each of us to look after our own health.”

In the same year that Deadly Vibe was launched, one of the most important reports in Australia’s history was released, the Bringing them home Report. This report analysed the history of the forcible removal policies of governments from the late 1800s up to the 1970s that resulted in the Stolen Generations. Aboriginal and Torres Strait Islander people had been agitating for acknowledgement of the Stolen Generations and the Report provided the evidence that Indigenous children were removed from their culture, family, land, community and language.

“Many were institutionalised and forced into indentured labour. The report told all Australians and the world that government policies created Stolen Generations of our peoples. Most important, finally those who had been forcibly removed could tell their stories and start on their healing journey. But the journey had only just began and government began funding programs to link-up those removed with their families and kin,” he says.

Throughout the early 2000’s a more cohesive response was needed to Indigenous health, and frameworks and strategies were being developed and implemented, Dr Calma says. “However, ownership by our peoples was an issue, as promotion and engagement was not adequately addressed and neither was appropriate funding.”

In 2006 the Close the Gap Campaign was launched, bringing together Indigenous and non-Indigenous health peak bodies with human rights organisations to work together to lobby governments on health equality for Indigenous people. The campaign had 140,000 supporters by 2007 and was able to convince the Australian Government and the Opposition that Indigenous health equality was a national priority. In December 2007 the Council of Australian Government adopted a Closing the Gap policy as a direct response to the Close the Gap campaign.

“My dad, like a lot of our people, died in his early 50s. We Aboriginal and Torres Strait Islander peoples as a population group were dying 17 years younger than non-Indigenous people, and often we did not know why we were dying. That prompted me when I was the Social Justice Commissioner to look at health through a human rights’ lens and consider the social determinants of health, including housing, employment, education, culture and mental health. The Close the Gap campaign also was about making the government accountable, in that it made them put people at the centre of the programs and funding, and part of the solution.”

As positive an achievement as Close the Gap was, in 2007 the Northern Territory Emergency Response (NTER) was initiated, a policy response that failed in part due to the lack of consultation with Aboriginal and Torres Strait Islander people.

“It was predicated on misinformation,” Dr Calma says. “It was what they called a ‘Special Measure’ but it did not meet the criteria for a special measure and it set aside the Racial Discrimination Act. It also needed consultation, and it should have targeted equality and been a non-permanent measure. The NTER didn’t do any of these things. It had some benefits such as more housing, greater access to education and improved health checks, but it blamed the victim without recognizing that governments have failed our people. I believe it needs to be reviewed.”

“ATSIC was an instrument of government and government could abolish that body. We established the Congress as a company, owned by our people and not part of government.”

Congress is also leading the way on gender equality, mandating that half of the members of its governance structures have to be women. It also has an Ethics Council which oversights the welfare of the organization. “All policies and all practices have to go through the council and we have a charter of declared principles to follow – one of those principles is that we do not serve our self-interest and we act in the public interest of Aboriginal and Torres Strait Islander people.”

Dr Calma is also heavily involved in the current Recognise campaign for Constitutional reform, and is the Co-Chair of Reconciliation Australia.

“We need the 97% of Australians to understand why recognizing us as First Peoples in the Constitution, and not only in the preamble, and addressing some of the discriminatory elements in the body of the Constitution, is so important. Parts of the Constitution are remnants of the White Australia Policy and the big challenge now is to get the Australian Government to maintain its multi-party support and funding, and to engage the whole population with the current campaign,” he says.

Throughout all the major milestones in health, and in Indigenous affairs, Deadly Vibe magazine has occupied an important place in promoting good health outcomes for Indigenous peoples.

“It’s important for our people to hear our voices and not always hear what others think about us,” Dr Calma says. We need to grow our young people to be our future leaders, the custodians of our histories, our stories, our cultures and our languages and I am confident that they will step up to take on these challenges.

“If you look back at the time Deadly Vibe began the understanding of our people was much less sophisticated and known than it is today but, each day, awareness is being raised in our communities and that awareness is shared with non-Indigenous Australians. The media is one of the foundations of this. The important thing about Deadly Vibe is that it is directed to our future, to young Aboriginal and Torres Strait Islander people. It gives them the information to make informed decisions and the tools to defend themselves against misinformation,” he says.

“And it includes as many pictures as it does words. Every picture tells a story and it is always from a strengths basis so we can celebrate who we are and who we want to be, irrespective of whether we live out bush, in the country or in a big city. All the best for 2013 and our future is in our hands.