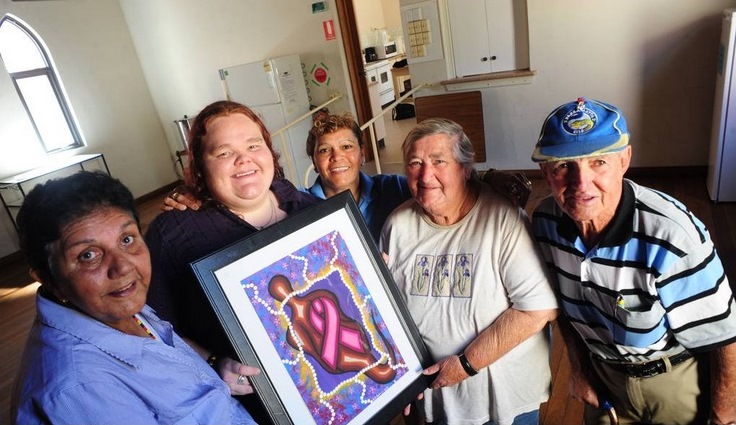 The only Aboriginal cancer support group in NSW opened earlier this year and is based in Dubbo, Wiradjuri nation, offering moral support to members of the community battling cancer and giving advice on obtaining the specific help that they require.

The 10 member group is facilitated by Robin Payne, a cancer survivor and Cancer Council NSW advocate who knows the importance of having a strong support system behind you when times get rough.

Cancer Council NSW backed the group after they were approached by Aboriginal members of the community.

“There are people out there that have no support whatsoever and when they’re diagnosed in the doctors’ surgery they take it on board as a death sentence,” says Robin.

“The doctor talks on and doesn’t give them time to accept it. I’m trying to break those barriers and provide a support system for our Aboriginal people.

“All the people who don’t have a good support mechanism are the ones who slip through the cracks.”

Cancer runs in Robin’s family, she has lost her father and sister to the disease but when she found out she had breast cancer, a strong foundation of support was behind her fighting all the way. She knows that reciprocating this support is key.

“I had a very good support system because I came from a large family and my sisters were by my side right from the word go,” she says.

“It’s a burden on the family too – cancer doesn’t just affect the person who has it.”

With Aboriginal and Torres Strait Islanders 60 per cent more likely to die from cancer than the non-Indigenous, Robin says that something needs to be done to close the gap.

“We need to have more education on it and try to encourage people to believe that it’s not a death sentence, you can survive it,” she says.

“We know it’s a negative thing but you have to approach it as a positive because now, with all the modern technology, it’s survivable.”

Earlier this month the group was presented a painting by Aboriginal artist, Brooke Sullivan called ‘Spiritual Support’ featuring the pink ribbon associated with breast cancer. The painting acknowledges those lost to cancer and has become the group’s symbol.

Cancer Council NSW and the Aboriginal Health and Medical Research Council are working together to establish more Aboriginal cancer support groups in the state to offer support to others fighting the disease.