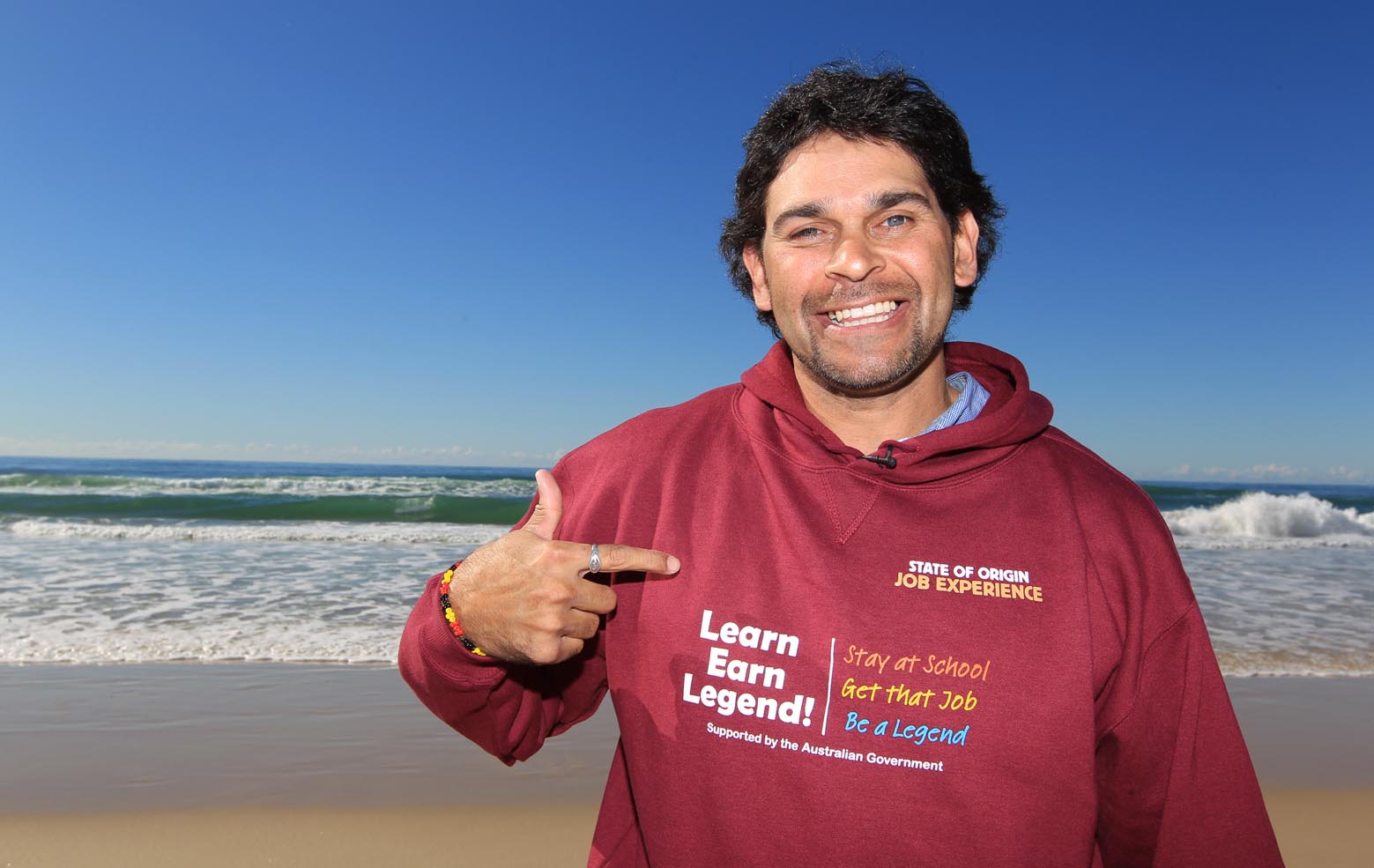 Wiradjuri man and former NRL star David Peachey has added his voice to the ‘Voice against Violence’ campaign which aims to break the silence on violence against women.

The campaign is being run concurrently with the NSW Government’s ‘Tackling Violence’ program, a community education, early intervention and prevention program also promoted by NRL stars.

“I have two daughters and I’d hate to see my family go through that and that’s why I put my hand up to be a part of this program,” say former Cronulla Sharks fullback, David Peachey.

“Being with the rugby league has given me the profile to be able to get out there and advocate this message. It is something that I’m very passionate about and something that I definitely want to be a part of.”

As part of the campaign, an anti-violence education kit will be made available to more than 1300 grassroots rugby league clubs across Australia.

Confronting statistics indicate that one in three Australian women over the age of 15 have reported experiencing physical or sexual violence at some time in their lives.

“Both ‘Voice Against Violence’ and ‘Tackling Violence’ draw on the power and popularity of rugby league as a positive vehicle to talk to the community and help change attitudes about the serious issue of domestic violence,” says Interim NRL Community, Culture and Diversity General Manager, Mr Mark deWeerd

“Research shows that in order to reduce violence against women, men need to be involved in the solutions. Both programs allow men to do this.”

As part of the program David, as well as other Ambassadors, have been trained to deliver information and facts on domestic violence and its impact on the community.

“It should be the same in any culture, caring sharing and loving. We talk about what a healthy relationship looks like and what an unhealthy one looks like,” says David.

Domestic violence is a taboo subject and many people in the midst of it may not come out and talk about it for many reasons.

“They need to know that there is help out there for them, there’s so many factors that go into women not coming forward such as the shame factor, financial factor and the isolation factor. There are people out there willing to help those in that situation,” he says.

Domestic violence comes in many forms, not only physical abuse. It can be sexual, psychological, emotional or financial. It does not only affect women – it can affect anyone regardless of race, gender, religion, age or sexual orientation.

“Statistics tell us that men are usually the perpetrators but the shoe is on the other foot at times and we have come across men who have encountered it. There is a big shame factor for men but they too need to realise there is help out there for them,” David explains.

Not only does domestic violence have an impact on the victim but it also affects the children and community in general.

“I’ve seen firsthand what domestic violence can do and I’ve seen the aftermath. It’s not just the physical side, you see kids and Mum’s packing up and moving away and it’s breaking families apart,” he says.

“Kid’s see it and they think that’s part of a normal relationship but it’s not. At times people do get heated but they need to realise the impact it can have on those around them.

“It happens right through communities when they do take things outside and things do get abusive. So children do see this and this is also what we’re trying to target.”

One of the strongest points this campaign makes is that no matter what situation you are in it is ok to speak out, there will be help.

“If it’s your mate, if it’s a friend or neighbour, if you do know something, we are just asking you to speak up and put a stop to it,” says former Parramatta Eels captain, Nathan Hindmarsh.

“Report it or confront your mate or the person in a safe way, ask him what the situation is and if he needs help and also show support to the woman who is, or who you believe, may be suffering from domestic violence.”

With such a powerful team of voices and a platform that many men and women are able to relate to, the program is sure to be a huge success and has already reached thousands at every level of the game.

“The NRL is really looking forward to getting the message out there. We’ve got some really good role models and ambassadors pushing it forward,” says David.

“There are plenty of resources out there where someone can get help and they are easy to find.”