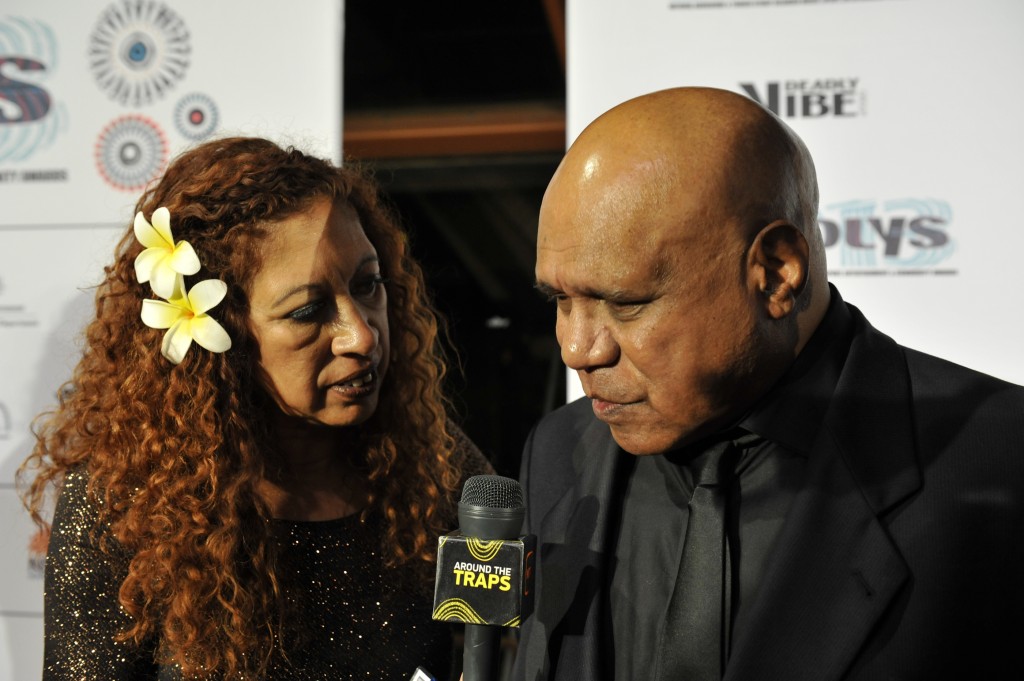 Human Rights awardee, iconic Australian singer/songwriter and Stolen Generations survivor, Archie Roach was honoured with the Lifetime Contribution Award for Healing the Stolen Generations at the 2013 Deadlys on Tuesday, at the Sydney Opera House.

The award is supported by the Healing Foundation and acknowledges, and pays tribute to, an individual who has achieved and contributed to the healing of the Stolen Generations. Uncle Archie was given a standing ovation as he accepted his award, saying this was one award he wasn’t expecting.

In a moving tribute, a capacity crowd at the Sydney Opera House heard that Archie Roach had battled adversity, through a turbulent upbringing as part of the Stolen Generations to go onto to win an international Human Rights Achievement Award, as well as numerous music awards including Deadlys and the ARIAS.

“His work focused an international spotlight on the Stolen Generations and did much to mobilise Australia into action. Through his music, and as a role model, Archie triumphed against the odds, going on to achieve national and international status as a talented story-teller and musician. He tells the stories that motivate a nation, and did so at a time when no-one was listening,” the Deadlys audience were told.

“His 1987 hit ‘Took the Children Away’ helped build the story of our Stolen Generations and create momentum for public acknowledgement of a terrible travesty in Australia’s history. Archie won his Human Rights Award for the song that became an anthem both here and overseas; the first time a Human Rights Award has been awarded to a songwriter.

“He has always dealt with injustice through a peaceable approach; songwriting and music that reaches people’s hearts and souls – a uniquely gifted human being, storyteller and advocate for his people. Tonight’s Deadly recipient for the Lifetime Contribution to healing the Stolen Generations: Archie Roach.”

Vibe Australia produces the Deadlys®, Vibe 3on3®, InVibe, Deadly Vibe®, Deadly Sounds and Deadly TV. The Deadlys® 2013 will air on SBS ONE on Sunday 15 September at 9.30pm and repeated on NITV on Wednesday 18 September at 9.30pm. You can keep up to date with all the Deadlys® news at facebook.com/vibeaustralia and through Twitter @Deadly_Vibe #deadlys. You can also head to www.deadlys.com.au and subscribe to Deadly Vibe Wire at www.vibe.com.au