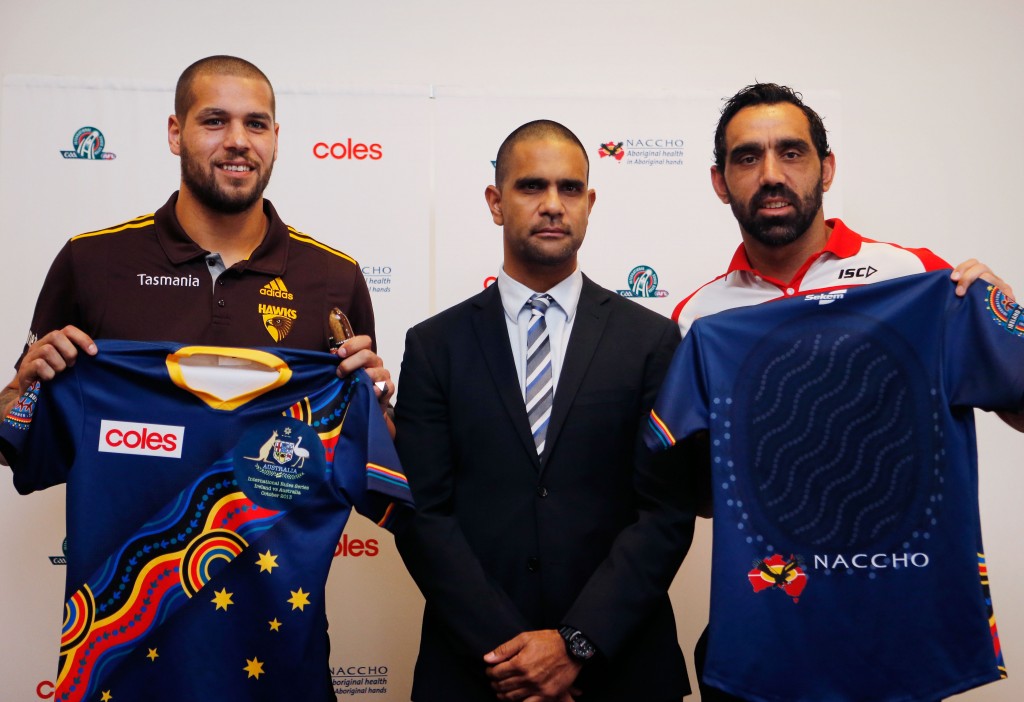 The AFL today announced the names of the players eligible for selection in the Indigenous Australian Rules team to play in the 2013 International Rules Series in Ireland.

Head Coach Michael O’Loughlin made the squad announcement of 33 players at a special event held at the National Centre for Indigenous Excellence in Sydney.

“The series is a fantastic opportunity for the Indigenous All-Stars to come together as a team and to represent Australia for the first time in the International Rules series against Ireland.

“The Indigenous Australian Rules team will be made up of a very exciting and competitive list, which will showcase our Indigenous talent and I’m confident will do Australia proud.

“The final squad of 21 players which will travel to Ireland will be released following the Toyota AFL Grand Final Series.”

Michael O’Loughlin will be supported by a senior coaching panel to be made up of Rodney Eade, Tadhg Kennelly, Andrew McLeod and Alan Richardson.

In the most recent series in Ireland in 2010, Australia secured a 2-0 victory under former coach Mick Malthouse, before losing 2-0 in Australia in 2011.

Coles is the official partner of the AFL Indigenous program, including the International Rules Series, which aims to deliver football, health, education, leadership and employment opportunities for Indigenous people.

Partnering with the AFL for the 2013 International Rules Series, NACCHO aims to spread Aboriginal health messages into communities across the country.

Players eligible to be selected in the Indigenous Australian Rules team: