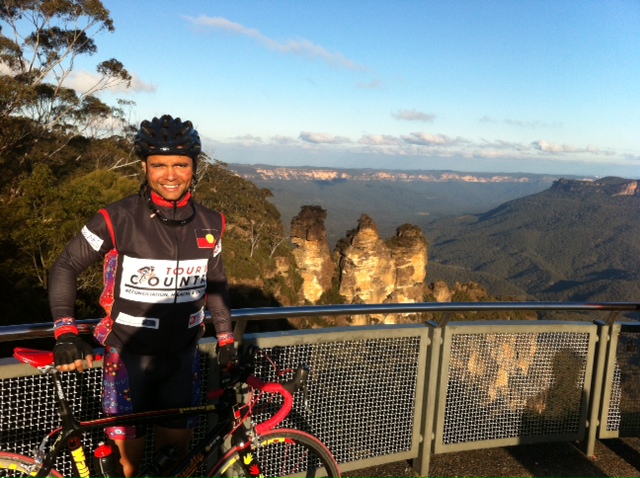 Aboriginal Health Worker and 2012 Deadly Awards finalist Dale Wright is setting off on the second Tour Da Country annual bike ride at the end of October, dropping into local communities to spread the word about health awareness.

This time around the ride will be even bigger than the last. Starting at Wollongong, the team will ride for more than 700km through some of Australia’s biggest climbs and steepest descents, to finish at Albury Wodonga.

This Kamilaroi man’s idea to help better the lives of our mob came to him over a cup of coffee.

“We were sitting down at the Koori Men’s Group one day at a board meeting and I came up with the idea of riding from Wollongong to Walgett promoting health,” Dale says.

“I told the boys that I’ve been thinking about doing this ride and they looked at me like I was crazy.

“I asked them if they were chicken or if they were prepared to step up to the plate. They said yes [to step up] and that’s how the Tour Da Country bike ride started.”

When it comes to our health and well-being, most of us can be guilty of not taking the best care of our bodies from time to time. For Dale, our bodies are our temple and need to be properly looked after.

“We come into the communities and talk about health and healthy lifestyles, and staying away from drugs and alcohol,” he says.

“We talk about a holistic view, and about diabetes and the main things that are affecting our people these days. It’s about getting people to come in and have regular health checks even if they’re not sick. Men, especially, don’t like to go in and see the doctor unless we’re really crook.” 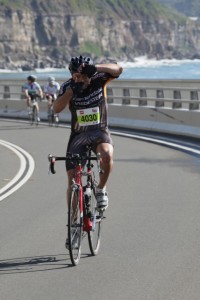 In his earlier days, Dale was not taking care of himself. When he found out that his life would be dramatically shortened if something was not done, he aimed to regain his health.

“When I moved to Walgett, I started heavily drinking and smoking – basically my life was going downhill. I was really overweight for my height and my BMI was maxing out,” he says.

“My Mum put me on a bus back down to Batemans Bay to live with my Dad because I was drinking too much.

“I went in for a health check one time and the doctor said my cholesterol was really high and that I’d have a heart attack by the time I’m 40.

“I changed my life around and educated myself on leading a healthy lifestyle. I stayed away from unhealthy foods and gave up drinking and smoking.”

Once Dale’s health was back on track he knew it was time to get a job.

“Mostly us Koori fellas get labouring jobs and don’t have to think too much but I wanted more than that,” he says.

“I wanted an office job but I couldn’t read and write so I went and did a numeracy and literacy course about 10 years ago and now I’m working as an Aboriginal Health Worker.”

For Dale it’s all about setting an example.

“I’m 35 now, married, I have five children that look up to me and I want to be a positive role model for them,” he says.

A ride of this length wouldn’t be achievable unless your body is at an excellent level of fitness. Dale trains at least three days a week, as well as eating the right diet.

“You have to put in cold mornings, jumping on your bike and doing a 40km ride before you come to work. You have to really put in the hard yards,” Dale explains.

With the ride five months away, it leaves plenty of time for anyone who wants to change their life around, and even come along for the ride.

“Tell yourself you can, not you can’t. Anything is doable and I’m an example of that,” he says.

“I’d often think that someone owed me something but no one owed me anything; if you want something done, you have to do it yourself. If I can do it anyone can.”

For more information on the ride and to see the events from last year’s trip be sure to visit Tour da Country.