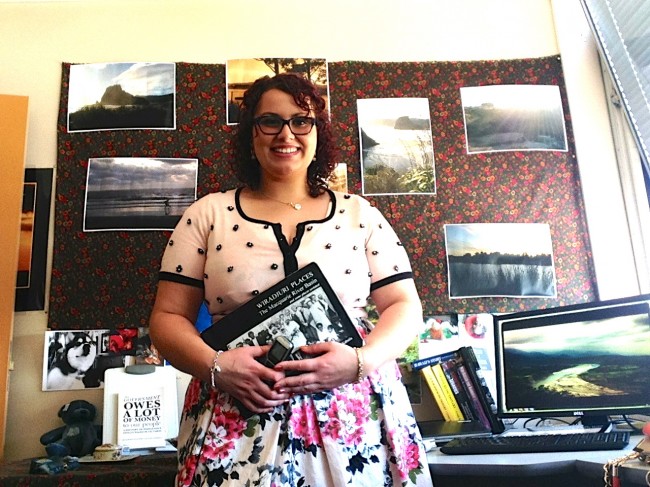 Sadie Heckenberg will be jetting off to Hawaii for 10 months after winning herself the 2014 Fulbright Scholarship from the Australian-American Fulbright Commission.

Thirty one recipients from across Australia were chosen for the experience after a very competitive and thorough selection process. Sadie will get to study at the University of Hawaii, Manoa, Honolulu.

“The Fulbright Scholarship is an amazing opportunity to be able to travel to the US and study for a period of time. My scholarship is a post graduate scholarship so I can study for up to 10 months at the American institution,” Sadie says.

She was at first hesitant to apply for the scholarship but after some convincing from a woman at her research office she bit the bullet and went for it.

“I thought, ‘oh no I’m not bright enough I won’t stand a chance’, but I took her advice and I applied and I got shortlisted,” she says.

“It was just so amazing to be taken to the shortlisting and I was so proud of myself. Then I got the call saying I’d got into the international round and I’d gotten the scholarship; so it was awesome!”

Growing up with an Indigenous academic mother, Sadie says that her career path so far as an academic lecturer and teacher at Monash University has been largely influenced by that fact.

“I teach Indigenous Human Rights. It looks at the UN; it looks at how Indigenous people are respected internationally,” she explains.

Currently completing her PhD, Sadie can now look forward to continuing her education and further developing her skills and being taught by some of the best in the world, all the while experiencing the culture of another country.

“To be in the same environment as the previous winners of this scholarship – they are some of the most amazing Indigenous minds that we have out there at the moment and to be in that same place, to be told that my research is as good as theirs, is just a really fantastic feeling,” a very excited Sadie says.

When she returns she hopes that she can use her new knowledge within her profession to the benefit of her students.