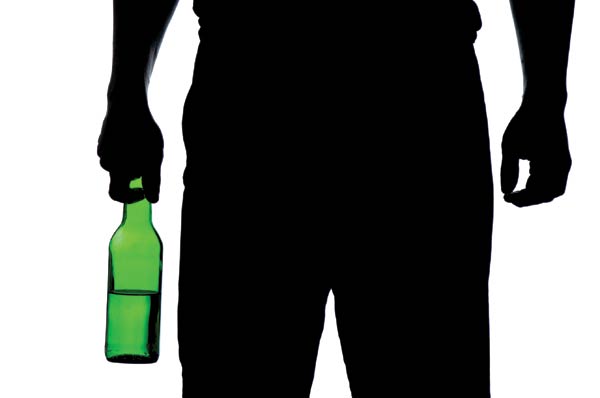 The long-term and negative effects of alcohol are well documented, but most of us are less aware of the short-term effects of alcohol and its link to accidents and other dangerous behavior. We may be also less
Aware of how the body actually processes alcohol, leading us to underestimate how long alcohol can remain in our system.

The body’s reaction to alcohol is affected by a range of factors, including a person’s age, weight, sex, body chemistry, fitness, use of medicines and other drugs, and whether they have food in their stomach.

Getting the alcohol out of your body takes time. A little bit of the alcohol (about 10%) leaves the body in breath, sweat and urine, but most is broken down by the liver. The liver can only get rid of about one standard drink per hour. Nothing can speed this up – not even black coffee, cold showers, exercise or vomiting.

The effects of alcohol

You feel the effects of alcohol quickly because it is rapidly absorbed from the stomach, small intestine and large intestine into your blood stream.  Alcohol can be absorbed, enter the bloodstream and travel to the brain in as little as three minutes.

Alcohol is a depressant. It doesn’t necessarily make you depressed, but it slows down the central nervous system, including the transmission of messages to and from the brain. As alcohol builds up in the body, the activity of the brain, heart and lungs may slow down.

Here are some of the short-term side effects of using alcohol: reduced concentration; lack of co-ordination and slower reflexes; loss of inhibitions and more confidence; a flushed appearance; blurred vision; slurred speech; intense moods; headaches; nausea and vomiting. Using alcohol enhances the risk of injuries associated with falls, accidents, violence and intentional self-harm. Drinkers are at greater risk of motor vehicle, bicycle and pedestrian accidents, blackouts, burns and drowning; alcohol poisoning can result in coma or even death.

After a full meal, it can take up to six hours for alcohol to reach the brain. Food doesn’t absorb the alcohol. It just slows the speed at which alcohol is absorbed. Fatty foods and protein can slow down the absorption process. They’re harder to digest, so they stay in the stomach longer than other foods. The effect of the alcohol still occurs, but at a slower rate.

The surroundings, including interactions with others, may trigger emotional responses. Alcohol usually exaggerates your mood. A person who is depressed, angry or upset will likely become more depressed, angry and upset when drinking.

The law in New South Wales recognises that impairment begins when a person has a blood alcohol concentration (BAC) at or exceeding 50 milligrams of alcohol per 100 millilitres of blood, or .05%.
This appears to be a small amount – about one drop of alcohol in 1200 drops of
blood, but even a fraction of
a per cent of alcohol content in the bloodstream is potent.

Your blood alcohol will continue to rise after you have consumed your last drink. You generally won’t reach your maximum BAC until 45-90 minutes after consuming it.

Alcohol is broken down (or metabolised) in the body more slowly than it is absorbed.
So the more alcohol you drink and the faster you drink it – the higher your BAC will become.

Alcohol is a major cause of injury and death among young people. When drunk, you are more likely to put yourself in risky situations, such as getting into a car with someone who has been drinking, or being the perpetrator or victim of violence. Alcohol causes around one-third of all road deaths.

To stay under the legal limit of .05 (in NSW) – a good guide is to only drink two standard drinks in the first hour and then one drink per hour after that. If your legal limit is .02  – avoid drinking at all before driving, as just one standard drink could be enough to put you over the limit.

•Eat while you drink. Food, especially high-protein foods, such as meat, cheese and peanuts, or fatty foods will help slow the absorption of alcohol into your body.

•Accept a drink only when you really want one. If someone tries to force a drink on you, ask for a non-alcoholic beverage instead. If that doesn’t work, you can just “lose” your drink by setting it down somewhere and leaving it.

•Skip a drink now and then. Have a non-alcoholic drink between alcoholic ones to help keep your blood alcohol content level down, and/or space out any alcoholic drinks.

•A good general guideline for most people is to limit consumption of alcoholic beverages to one drink (beer, wine or spirits) per hour.

•Don’t just sit around and drink. If you stay active you tend to drink less and be more aware of any effects the alcohol is having.

•Beware of unfamiliar drinks. Some drinks, such as zombies and other fruit drinks, can be deceiving as you often can’t taste the alcohol. It’s also thought that mixing sugar-free and diet drinks with alcohol can lead to quicker absorption of the alcohol content.

•Use alcohol carefully if you are taking medication. Ask your physician or pharmacist about any precautions or prohibitions, and follow any advice received.