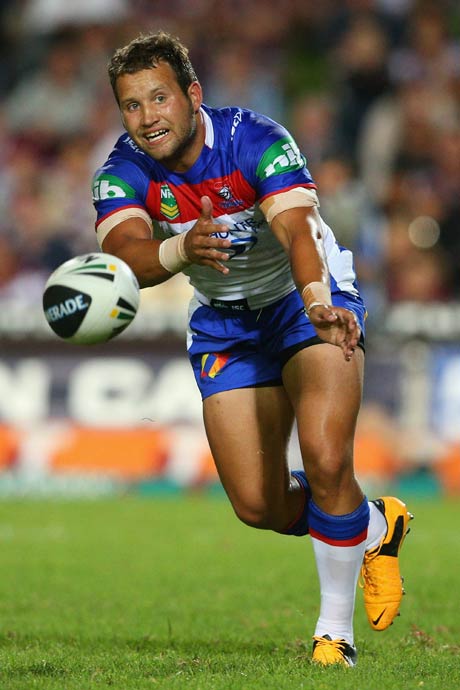 A former junior Kangaroo rep, 21-year-old Tyrone, originally from Grafton NSW,  made his NRL debut in 2011 and last year stepped up to fill the breach left by the injury to Kurt Gidley. With Jarrod Mullen also in the Knights’ line-up, Tyrone has done exceedingly well to secure a regular halves position in the NRL squad and seems to have earned the respect of his coach. He’s primed to feature prominently for the Knights in 2013.

“He’s a talented player, we all know that,” said Knights’ coach Wayne Bennett, speaking about Tyrone following a Knights’ game early this season.

“It’s just good that what he went through last year has helped him be the player that he’s going to be this year. We’ll see a lot more of him.” 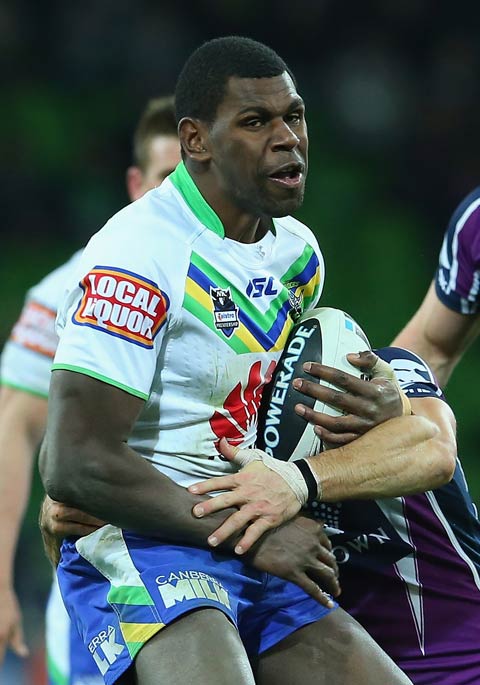 Few debutants turned as many heads in 2012 as lanky Canberra winger Edrick Lee. Originally from the Torres Strait, 20-year-old Edrick is the cousin of NBA star Patrick Mills and was formally a member of the Brisbane Bullets Academy NBL team before making a switch to rugby league.

“I was in the Brisbane Bullets Academy and I was juggling both sports. Basketball was always on a Friday and footy on a Saturday,” Edrick told League Central. “I watched the NBA growing up and that’s where I really saw myself playing.”

Before every game, Edrick writes the words ‘family’ and ‘culture’ on his strapping. He says Wendell Sailor and Greg Inglis were his rugby league idols growing up and his favourite NBA player is LeBron James. At 196cm tall and with speed to burn, Edrick has become an instant fan favourite. 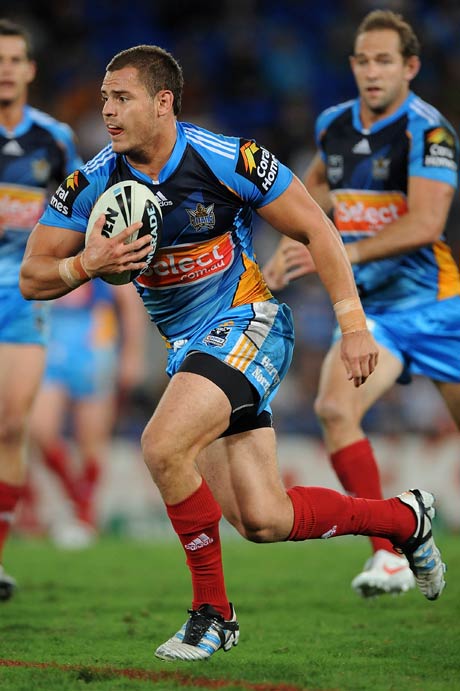 2012 wasn’t a great year for Titans’ fans, but with an emerging crop of talented young players in the ranks, the future is looking bright for the club. Leading the way is 21-year-old Aidan Sezer, who has already earned himself selection into the emerging Blues Origin squad and the Indigenous All-Stars. Aidan is the son of a Turkish father and Aboriginal mother and grew up in Sydney.

Aidan played 18 NRL games in 2012, his debut year, stamping himself as a future star in the five eighth position. In 2013 he is set to form an exciting halves partnership with fellow Indigenous player Albert Kelly. 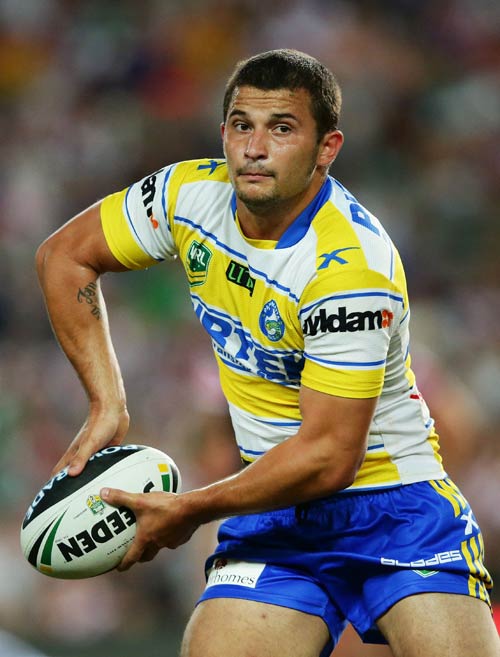 The younger brother of 2012 Dally M winner Ben Barba, 22-year-old Marmin Barba is primed to make his NRL debut in 2013 after signing with the Titans. Marmin is not as fast as his big brother, but he is considered a better playmaker and can cover fullback and both halves positions. He is no stranger to adversity, having already overcome lymphoma cancer of the groin and an ACL tear in his knee. His father Ken says Marmin has all the potential to match his brother’s achievements. “Throughout all the age groups of junior football, Marmin could do things that other boys couldn’t,” Ken told Fox Sports. “He can fit in anywhere in the backline and he’s not afraid to defend against anyone.”