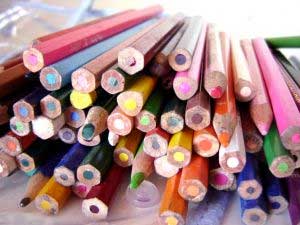 No matter which Aboriginal and Torres Strait islander leaders you speak to around Australia, all make the point that going to school and getting a good education is one of the most important ways to make a good start.

You’re at school for between 11 to 13 years – a big chunk of your life – but what are the dividends of your investment? Well, it’s a hard, cold fact that future employers will always ask if you finished your schooling, whether that is Year 10 or Year 12. Increasingly, employers are looking for a Year 12 finish. In fact, it’s mandatory in NSW, at least, to stay at school until you are 17 if you haven’t got a job, aren’t studying or in a trade.

Granted, the tail-end school years of 11 and 12 aren’t for everybody. Someone who has struggled through school, finds book learning hard and thrives in the working world rather than the schoolyard may well be better suited to leaving after Year 10 and finding a job. Many do and go on to be successful builders, plumbers and electricians – the people we can’t do without.

Then there are the late starters, those who get focused about finishing school and struggle through with the determination of a marathon runner. And then there are those who always were going to finish Year 12 and study at university.

But during those 11-13 years, and particularly in high school when your awareness of life outside the school gates kicks in, it’s easy to wonder why to bother with school, teachers, homework and lessons. Sometimes, the sheer grind of day-to-day school takes its toll and you think a day off here and there won’t hurt.

My two sons who are still at school always look for the easy way out when the going gets tough – assignments are due, they’ve had a falling-out with a particular teacher, something might not be quite right at home – the pressures call for ‘time out’. But unless they are sick, I make them get into that uniform, pack that school bag and trudge out the door at 8am. Why?

I know that it takes days of effort to make up for every day off school. Will they make that effort? Maybe, maybe not. Sometimes there may be assignments and lessons missed on the ‘time out’ days that can’t be made up and that has an impact at the end of the school term. Too much ‘time out’ and they will fall behind. It’s my job to make sure they don’t fall behind in any way, if I can help it.

Secondly, I know that getting a good education is the foundation to getting a good job. I know that from experience because I had a lot of ‘time out’ days growing up and had to work twice as hard in the high school years to make up for that. I went on and got a tertiary education and that meant I didn’t have to sweep floors for a living but could have the job I wanted, use the talents I had been given and become who I was supposed to be. That feeling of becoming who you’re meant to be is a good one – and it wouldn’t have happened if I’d thrown school completely away.

My second son wanted to leave school in Year 10 a couple of years ago. He is a bright kid, got top marks but wanted to be out in the working world and had his eye on an apprenticeship. So I laid down some rules. You can’t leave unless you get a trade. So he knocked on a lot of doors and eventually got a carpentry apprenticeship. He’s in his final year of that and is doing extra study at night so he can build even bigger buildings when he finishes his apprenticeship.

On the other hand, my youngest son is a bit of a nerd when it comes to books and wants to go onto uni. I’ll need to make sure he stays focused on his end game though.

My middle son finds bookwork hard – I’ve had to give him extra time and help to get him through school. I was so proud when he finished Year 10. His effort to finish Year 10 was equal to any uni student finishing a law degree. Armed with his achievement, he is studying in Year 11.