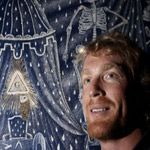 Finalists for this year& #39;s 27th Telstra National Aboriginal & Torres Strait Islander Art Award have been announced today by the Museum and Art Gallery of the Northern Territory (MAGNT) and principal sponsor Telstra. Telstra Art Award curator Kate Podger congratulated the 96 artists selected for this year& #39;s Telstra Art Award. “We had a total of 321 entries this year, with traditional entries including works on paper, paintings, barks and three dimensional artworks and for the first time entries in the Telstra New Media Award,” Ms Podger said. “With the introduction of the inaugural Telstra New Media Award, it& #39;s really exciting to have received 17 new media works, with seven of the entries selected as finalists. “While many of the new media entries were from urban areas of Australia it is great to see an entry come from Arnhem Land. This particular work really responds to the theme & #39;Connections& #39; in a very personal manner. “Some of the other entries in the Telstra New Media Award include an online virtual entry featuring an artist& #39;s work on www.secondlife.com, the Internet& #39;s largest user-created, 3D virtual world community, as well as a range of digital images.” For the first time since 2007, artists from all states and territories across the nation are amongst the finalists. Arnhem Land and the central desert region artists, which include Northern Territory, South Australia and Western Australia, have again dominated this year& #39;s Award finalist numbers. “Queensland, Torres Strait Islands, Tasmania, ACT, NSW, Victoria, WA and the more remote areas such as Tiwi Islands and the Kimberley/Pilbara regions are also represented in this year& #39;s Award, which is wonderful,” Ms Podger said. Telstra Chief Marketing Officer, Kate McKenzie congratulated all of the artists who entered the Telstra Art Award in 2010. “We are thrilled to see strong support for the Awards from artists around the country reflected in the 321 entries this year, and the way artists have enthusiastically embraced the new media category. “We& #39;re pleased that Indigenous artists have a national showcase for this new form of artistic expression to celebrate their culture, beliefs and society.” she said. The Telstra Art Award comprises the $40,000 Telstra Award and $4,000 to other categories including; the Telstra General Painting Award, the Telstra Bark Painting Award, the Telstra Work on Paper Award and the Wandjuk Marika Memorial 3D Award (also sponsored by Telstra) in addition to the Telstra New Media Award ($3,000). The 27th Telstra National Aboriginal & Torres Strait Islander Art Award exhibition opens, and award presentations will be made, on Friday, 13 August 2010.