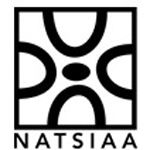 “The Telstra Art Award always attracts a high number of quality entries and we’re looking forward to seeing some of the exceptional and diverse Indigenous art entered in this year’s Award,” Ms Lion said.

In 2009 the Telstra Art Award received more than 300 entries with the pre-selection panel selecting approximately 100 works for the final judging.

“This is a new and innovative direction for the Telstra Art Award. We’re excited to see how new technologies will be used by Indigenous artists to create works that explore different modes of artistic expression,” she said.

Important dates to remember for this year’s Telstra Art Award are:

In 2010 the Telstra Art Award will celebrate its 27th year and is the longest running art award dedicated to the work of Aboriginal and Torres Strait Islander artists. It is considered the premier national event in the Australian Indigenous arts calendar.

For an entry form, please contact the Award Coordinator at the Museum and Art Gallery of the Northern Territory, GPO Box 4646, DARWIN NT 0801, phone 08 8999 8203, email [email protected] or go to www.magnt.nt.gov.au/natsiaa.