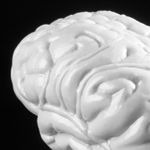 Forget about dementia being just for the elderly

When we hear the word dementia, most people think it is a condition of the elderly. Few people however know what dementia actually is, and generally, the condition is put down to something that ‘just happens’ as we get older.

Not being able to remember things or people, talking incoherently, not knowing who or where you are, are symptoms we associate with dementia. In reality, the condition is far more complex.

The term dementia is used to describe the symptoms of a large group of illnesses which cause a progressive decline in a person’s functioning. It is a broad term used to describe a loss of memory, intellect, rationality, social skills and what would be considered normal emotional reactions.

Therefore, dementia is not a specific disease, but rather an umbrella term for a variety of symptoms that may accompany or indicate certain diseases or conditions.

More than 60 different conditions are known to cause dementia symptoms.

Importantly, dementia is not a condition restricted to the elderly and younger people can suffer from early onset dementia.

Alzheimer’s Australia says younger onset dementia affects about 10,000 people under the age of 65, including some teenagers.

“There are many things that need to be done but the issues of major concern are around better and earlier diagnosis of dementia so that people don’t have to wait years for a diagnosis, and secondly to create services that respond flexibly to the needs of younger people,” he said.