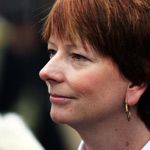 A rise in the number of Indigenous students reaching year 12 is proof that the Government is on the right track in halving the education gap between Indigenous and non-Indigenous Australians by 2020, says Education Minister Julia Gillard.

Figures released by The Australian Bureau of Statistics on Tuesday reveal that the number of Indigenous students studying Year 12 has doubled in the past decade.

“To halve the gap by 2020, Year 12 completion rates for Indigenous students need to increase by up to two percentage points each year,” the education minister said in a statement.

“The increase of 3.6 per cent in retention to Year 12 is an encouraging step towards achieving this goal.”

Retention rates for Aboriginal children are still appallingly low when compared to their non-Indigenous counterparts, with less than half of all Aboriginal students staying in high school until their final year.

“This movement, while small, is a first step in meeting the Rudd government’s target to increase the proportion of students achieving Year 12 or an equivalent qualification to 85 per cent by 2015 and 90 per cent by 2020,” Ms Gillard said.