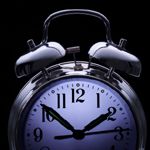 Medical researchers are discovering that sleep may be the body’s way of recharging your immune system, explaining why poor sleepers are prone to infections and heart disease.

Doctors and scientists have long been puzzled over exactly why sleep is so vital to the functioning of the human body.

From the perspective of evolution, it’s hard to see why sleep would have developed as an adaption to help survival.

Think about it. When animals are asleep they can’t eat, can’t search for food, can’t reproduce, and being immobile and unconscious makes them sitting ducks for any opportunistic predator, and yet just about all animals sleep.

Traditional theorists believed that sleep was needed in order to conserve energy to lay down new memories or consolidate learning, but this line of thinking has never been backed by substantial scientific evidence.
The latest evidence however suggests that sleep is the body’s way of recharging the immune system, which gives a whole new importance to getting a good nights rest.

A large body of evidence suggests insomnia and poor sleep contribute to a range of diseases – from acute conditions, like the common cold, to chronic diseases like rheumatoid arthritis and heart disease.

In January, researchers from Carnegie Mellon University in Pittsburgh, Pennsylvania USA, studied the sleep patterns of 150 people over a fortnight. They were inoculated with nasal drops containing a common cold virus. Five days later, nasal secretions were taken from the subjects and 28 days later blood tests were taken to look for antibodies to the virus.

Almost 90 per cent of people exposed to the virus became infected, but only 35 per cent actually developed cold symptoms. Those who did develop symptoms were statistically more likely to have recorded poor sleeping patterns.

This suggests that lack of sleep blocks the immune system’s ability to fight off an acute infection.
Insomnia has also been linked with the worsening of many chronic conditions and research has linked poor sleep patterns with abnormalities of glucose metabolism, hypertension, inflammation and obesity.

It is known that animals sleep more when they’re sick and that laboratory animals totally deprived of sleep tend to die from overwhelming bacterial infections. We also know people with poor sleep patterns show a reduced response to vaccinations.

Researchers from the Max Planck Institute for Evolutionary Anthropology propose that a function of sleep is to give the body time and energy to ‘recharge’ the immune system.

By comparing the length of time different species of mammals sleep with their resistance to various infections, they found that the longer a species sleeps, the better its resistance to infection.

The researchers theorised that animals use the energy from their dietary intake while awake to search for food, reproduce, defend territory, and look after offspring. When asleep, this demand for energy falls away, and the body can use available energy for replacing white cells and recharging the immune system. To do this, large amounts of energy are needed, which the body can only get while it sleeps.

While a fascinating theory – more studies are needed to find out if it’s true. In the meantime there’s enough scientific evidence to be reasonably sure that a link between poor sleep and disease does exist.