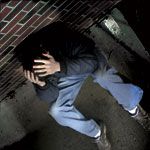 style=”MARGIN: 0cm 0cm 0pt”>Men suffer from depression too – make sure you look out for your mates.

Depression is something that affects both men and women. The problem is, a lot of men won’t seek help when they’re depressed, because they think it’s a sign of weakness.

Suffering from depression is not a sign of weakness. Depression is a serious illness; one that can cause major problems if it’s not treated. So if you think a mate of yours might be depressed, make sure you talk to them about it, and encourage them to seek help.

Clinical Adviser to beyondblue: the national depression initiative, Associate Professor Michael Baigent points out that if depression isn’t detected, it can’t be treated – then it has the potential to become severe and disabling.

According to beyondblue there are many ways you can tell if a mate might be depressed.

“Don’t wait until it’s too late. If you think a mate is depressed, you can help him. Speak to him, let him know what you’re thinking and suggest that he talks to a doctor. Make the appointment and make sure he goes.

“And if you’re the one they’re worried about – listen to your mates and take depression seriously. There are effective treatments available, both medical and non-medical – and the sooner you get the right treatment, the sooner you’re on the road to recovery.”