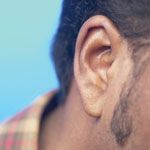 Hearing is one of those things we tend to take for granted. This means a lot of us are not paying any attention to our hearing health. But, once damaged or impaired, hearing cannot be returned to its original state.

Hearing loss can be caused in a number of ways, including:

Turn it Down!
Australian Hearing has recently conducted a survey, and found that more than two thirds of respondents listen to music through headphones regularly. Sixty per cent of these people admitted to sometimes having the music so loud that people have to shout at them to be heard, which means the music is too loud and could be causing damage.

The survey also found that up to 70 per cent of 18 to 34 year olds have experienced tinnitus (ringing in the ears), which is a symptom that can be caused by exposure to excessive noise.

If your ears are ringing after listening to loud noise, this means that the noise level was loud enough to have caused damage.

Protect your hearing
Australian Hearing offers these tips for taking care of your hearing:

When you listen to music on headphones, keep it at a volume where you can hear someone who is at arm’s length without them having to shout
Limit the amount of time you’re exposed to very loud noise
Wear ear plugs or muffs if you’re exposed to loud music, machinery or industrial noise (such as mowing the lawn)

Otitis Media
Otitis media, or “glue ear” is a common childhood infection which affects the middle ear. It is a particularly big problem in the Aboriginal community – Aboriginal kids are 10 times more likely to get otitis media than non-Aboriginal children.

Because of the infection, a tube in the ear called the Eustachian tube gets blocked and stops the airflow that keeps the middle ear healthy. If this infection persists, fluid builds up in the middle ear and can become thick like glue.

Otitis media can cause hearing loss. And if kids can hear, they can’t learn.

What causes it?
Some causes of otitis media include:

Signs of otitis media include:

Help protect your kids’ hearing.
Take your child for regular check-ups with your GP or Aboriginal Medical Service
Teach your kids how to blow their nose so they can get rid of mucous. Remember: BLOW, DON’T WIPE!
Make sure you and your kids eat healthy foods
Don’t smoke around kids
Get your child’s hearing tested if they don’t seem to be speaking or hearing properly