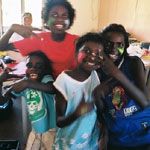 A new report by the Australian Institute of Health and Welfare (AIHW) has revealed that levels of tooth decay in Aboriginal and Torres Strait Islander children are increasing, particularly among Indigenous kids under the age of seven.

The report shows that poor dental health, including tooth decay, is more common among Aboriginal and Torres Strait Islander kids than non-Indigenous kids children, and that Indigenous kids who are less well-off and those that live in rural and remote areas are most affected. However, the dental health of all Australian children has worsened since 1996.

Report co-author, Dr Kaye Roberts-Thomson of the AIHW’s Dental Statistics and Research Unit, said that hospitalisation for treatment of dental decay occurred at higher rates among Aboriginal and Torres Strait Islander kids than among other kids as well.

“Diet is also an issue. Sugar, particularly in the form of soft drinks, which are readily accessible even in the remotest of communities, is a factor in the poorer oral (mouth) health of Indigenous children.”

The report findings show that there is a need for an increased focus on prevention and primary health care for oral health of Indigenous children, particularly among preschoolers. Fewer than five per cent of Aboriginal pre-schoolers brush their teeth regularly.