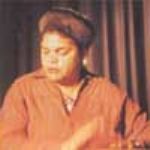 A performance poet with an edge, Romaine Moreton uses language to explore identity and explode myths. She speaks to Deadly Vibe about rhyme, rhythm and being strong.

Romaine Moreton’s spoken-word performances have been wowing people around Australia for quite some time now.

Last year, ABC TV viewers were treated to an intimate documentary about Romaine called A Walk with Words. Directed by Erica Glynn, the film looked at her background, her passion for poetry, and the ways in which she uses spoken word to tackle the bigger issues.

Originally from Stradbroke Island, Romaine’s family were involved in farming and moved around a lot in order to follow the seasonal work available in various parts of Australia. Eventually they settled in the country town of Bodalla, New South Wales.

It was while growing up in the country that Romaine developed a love of storytelling. Picking beans in a field, she’d make up stories about her surroundings. Throughout high school, her teachers encouraged her to become a writer, a suggestion she rejected at first but later warmed to.

Romaine will perform her well-known poem “I Shall Surprise You By My Will” as part of The Road Ahead concert. Deadly Vibe caught up with her during preparations.

Why did you start writing poetry?

I always knew I wanted to be a writer without even really knowing what it meant. At high school, everyone started pushing me into it, so I rejected it completely. One day I found a book of poetry that had been written by a woman called Maria Rider who came from the same area as I did. I looked at it and thought, ‘That’s what you do, you get a book of poetry published by this place called the Australia Council and then you can establish yourself as a writer.’ It’s so funny now when I think back on how naÃ¯ve I was! I started writing down how I felt about a whole lot of issues and I found that poetry gave me much more freedom than prose. There’s also more rhythm in poetry, which enables the work to become more of a ‘performance’.

You’ve often said that you like words because they liberate you. How so?

I figured out the power of words at a pretty young age. I realised I was already disadvantaged because my family had so little money, so I started to use words and language to give me some equality. The more words I learnt the more I realised how little attention we pay to the rhythm of words. I also realised how ugly English had become in that it was used as a tool to make people feel worthless. One of the things I love about what I do is that I’m showing how beautiful words really are. There is also something incredible about the way you can put words together and find new rhythms to them. It’s as if they take on a whole new meaning.

You published your first book of poetry The Callus Stick of Waiting in 1996. How did that come about?

I was in my second year of Communications at the University of Technology Sydney. By that stage I’d been exposed to new theories that finally gave strength to a lot of the things I felt. I’d been writing poetry all throughout my twenties and I started to show it to some people who really encouraged me to get it published. I applied to the Australia Council and it all went from there really.

Did being at university influence your poetry at all?

No! One of the really great things for me was that I was doing poetry before I knew anything about theory. All my stuff came directly from my own experiences or discussions I had with people. I feel really sorry for poets who had the theory first because it means they are always trying to apply theory to their work.

There’s a great scene in the film where your Mum is reading your poem “Ode to Barbie” and she comments that your poetry wasn’t like the poetry they were used to.

Yeah, it doesn’t rhyme! When my book first came out people in my family were really proud of me, but they didn’t quite understand. One of my aunties was on the phone reading it to another aunt and it came to a certain word and she had to stop reading it because she thought it was all too rude! But while we were making the film they were quite involved and then when they saw it, they were so proud. It also helped them to understand what I do and what I’m trying to achieve.

Are you excited about performing at the Yeperenye Federation Festival?

It sounds so fantastic! It’s going to be absolutely huge and will challenge me on a whole new level. Last year I wrote a piece about Reconciliation for the Conservatorium of Music that allowed me to explore other areas of artistic expression and I feel the same way about the Festival. It’s a new way to tell our story to a really broad audience. It’s a part of history that I am really honoured to be a part of.

You’ve spent quite a bit of time in Alice before, haven’t you?

I have been up there a few times doing workshops with the Kungkas (young women) set up by the Ngaanyatjarra Pitjantjatjara Yankunytjatjara Women’s Council. I really encouraged them to find their own voice and discover new ways of using words. I’d get them all to write down a word on a piece of paper and then pick them out of a hat and use them in a different way. We grabbed bins and anything we could find to make a sound to turn the words into a type of chant. It was just brilliant! I love Alice Springs. It feels like home and there is such an amazing spirituality about the place, I feel as though I could run forever. I was a bit hesitant about being so far away from water but the texture and space of the area is so beautiful.

Deadly Vibe wishes Romaine all the best in her future projects including film, more spoken word and her PhD at the University of Western Sydney.