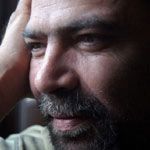 Monday, May 10, 2004. Standing on the steps of Victoria’s Parliament House before a large crowd of people, black and white, Richard Frankland announced the formation of the Your Voice political party.

The idea behind Your Voice began several months earlier, with the Federal Government’s announcement that it planned to abolish ATSIC.

“With the abolition of ATSIC, Aboriginal people now have no voice,” says Richard. “We have no point of political dialogue.”

Richard, like many Indigenous Australians, has been angered and frustrated by the Federal Government’s actions. But what made this writer, film-maker and musician want to start his own political party?

“I think every Aboriginal person has strong political ideals,” he says. “Basically, we have to make a stand, and one way is to create our own political party.”

According to Richard, there has been a lot of interest in the party, with branches popping up all over the country.

“It’s going through the bloody roof!” he cries. “I mean, it’s a bit intimidating seeing as we have no money, but we’re also having a major impact on the major parties. They’re sitting up and taking note.”

Richard admits that it will be a long, uphill battle to get the party up and running in time to launch before the Federal election, which is expected later this year.

“We’re going hard,” he says. “And the Howard Government cannot legislate against us, although they’ll no doubt try their best to destroy us.

“But it’s every individual’s democratic right to have a political voice.”

The party hopes to eventually have a pro-Indigenous senator in each State.

“But what I dream of most, when I look at my little daughter, is that in 20 years’ time she won’t have to take a stand,” Richard says. “I don’t want her and other Indigenous Australians to still be marginalised by other people’s attitudes. Will she still have to fight to be heard?”

For more info on Your Voice, go to www.yourvoice.org.au

This Frankland Is Ours

From his job as an investigator of Aboriginal deaths in custody to his bravery when it comes to telling pop stars where to go, Richard Frankland is a man of true integrity.

Pullquote: “My mum has been a huge influence on me. She taught me to keep standing up when life slaps you down.”

Poet, singer/songwriter and award-winning filmmaker Richard Frankland is not in it for the awards or accolades. In fact, he’s happy to shoot himself in the foot on occasion if it means standing up for what he truly believes in.

Like the time his band Djaambi supported musical superstar Prince in 1992. “He sent a message down saying he wanted to meet all the Aboriginal people in the band,” says Richard. “I said he could meet all the white people as well or he could get lost.”

Uncompromising and untiring in his efforts to reconcile Australia to itself, Richard is as passionate about reverse discrimination as he is about its forerunner.

“Reverse racism is just as bad as racism,” he says. “The white people in my band didn’t need to be discriminated against any more than Indigenous people do. So I refused to meet Prince and it probably cost me a record deal.”

Mind you, with a new album out and three feature films in development, Richard need not be too concerned. Following the huge success of his semi-autobiographical play Conversations With the Dead, Richard has just been commissioned by the Australian Film Commission to adapt it for the big screen.

He’s already written and directed numerous short films, including Who Killed Malcolm Smith, No Way to Forget and Harry’s War, the latter of which won the prestigious Jury prize at Spike Lee’s Hollywood Black Film Festival. Conversations With the Dead is set to be his first feature, but certainly not his last.

“I’m pretty busy at the moment, writing three plays and three feature films!” he laughs. “But life’s not a rehearsal, you only get one chance to contribute and make it a bigger life for others. We’ve got such a great opportunity to contribute to the world and too often we hide from ourselves.”

Richard Frankland isn’t hiding anything in Conversations With the Dead. A confronting dramatisation of his time with the Royal Commission into Aboriginal Deaths in Custody, it pulls no punches in its portrayal of what such work did to him emotionally. Aaron Pedersen played Richard’s fictionalised character, Jack, in the Playbox Theatre production, and Richard hopes the much-loved actor will go on to re-live to character in the film.

As well as carving out a reputation as a writer/director, Richard is a seasoned musician with 70 original songs in his repertoire to prove it. In fact he’s just finished recording Meeting One, an album with his latest band The Charcoal Club.

The Charcoal Club takes its name from a slang term for the now-defunct Department of Aboriginal Affairs ” a club for “˜burnt-out blacks and singed whites’ coming together to fight the good fight. A true iconoclast, Richard has appropriated the term for his colour-blind musical collaboration, which features former Tiddas member Lou Bennett and “˜singed white’ Andy Baylor.

Meeting One was recorded in just two days on Richard’s own label, Taram Records. From the Simon and Garfunkel-influenced “Who Will Sing My Songs” through to the plaintive “Listen”, Richard pens honest songs about an extraordinary life.

“I love songs that tell a story,” he says. “That’s a prime thing in our culture. My songs are just as traditional a part of our culture as the culture from pre-contact days. By that I mean that our culture is amazingly strong and resilient, and that it has the ability to adapt and evolve. My songs are part of my dreaming path and that’s important.”

The self-confessed “˜burnt-out black’ of the band, Richard hopes that his words and his music will go some way to supporting the many front-line Aboriginal workers that are out there.

“We need to arrange time out for people and we need to make their family networks stronger,” he says, the passion evident in his voice. “We need to bring out the humanist angle, too, so it’s not just about statistics. We need to plant good seeds now, so in 50 years’ time there are no deaths in custody, land issues or discrimination in Australia.”

Meeting One is the first of what Richard hopes will be a series of seven albums with The Charcoal Club. “I’d like to do two more next year, and I’m hoping I can get my sister Amy from Tiddas involved, too.”

Richard’s connection to his family is not just a musical one, but a spiritual one. “My mum has been a huge influence on me. She taught me to keep standing up when life slaps you down. She is the reason why I have been able to contribute something to society.”

So with all his achievements, is there anything Richard hasn’t done that he’s set his mind to? “I’d like to quit smoking,” he laughs. “And one day I’d like to head back and be a ranger on my traditional lands.”

To order The Charcoal Club’s Meeting One, go to Vibe Records.

Wake Up And Smell The Dingo
Richard Frankland and the New Senate have finally released their long-awaited debut album, Dingo’s Brekky. Deadly Vibe caught up with Richard to talk about the album. Here’s what he had to say.
Richard told us about “Who Made Me Who I Am”:
” This song looks at society as it is today and turns up some hidden truths. In Melbourne there is a massive drug problem. There is also a problem with paedophilia and street kids. The song paints a pretty bleak picture, and it paints it through the eyes of a mum living out in the suburbs.
” The question is “who made me who I am?”. It goes through the lives of a couple of kids, and it is a story song. Like a lot of Indigenous singers and songwriters, I sing and write a lot of story songs. It’s reflective of society today.”
Richard told us about “Mama”:
” This song is another story song about being young, black and confused – and we have all been that. Like whether to pick up a gun or a guitar, whether to be a voice or to take a more violent attack.
” It tells the story of when I found my sister in 1998 and they wouldn’t tell me her name. A lot of people think that when you find relatives after a long period of time everything is going to be OK. But sometimes you don’t know what to say. This song is about how to stand up.”
Richard told us about “Tears Can Talk”, a song that talks about issues of the Stolen Generation, and on which he has firm views:
” I think Australia has a great habit of saying to the rest of the world, ‘you are doing the wrong thing’, and then not acknowledging the fact that they did such hideous and disgusting things to its first people.
” We need to draw further international attention, and believe me, throughout my travels around Europe and the United States the world knows what Australia is doing to its Indigenous people. Australia should be recognising the past for what it really is, so it can plant seeds for the future generations.
” As a country we have essentially turned a blind eye to what has happened to Indigenous Australians. In my opinion non-Aboriginal Australians should be incredibly angry because they are being denied information about what has happened. We need to learn.”
Richard told us about “Lay Down”:
” This is a song that is for Koori workers. It’s about the pressure put on the Koori industry when you work on the front line, the pressure it puts on your home life and the pressure it puts on your family.”
After a busy three-week tour, Richard is now concentrating on filmmaking. Indeed, some of the tracks on Dingo’s Brekky will soon be heard in a few films. And Richard is working on a feature film as we speak, which he admits is pretty controversial.
” It will either get me locked up or portray me as an anarchist,” he exclaims. “The opening scene is a Koori boy shooting Christ off the cross in a small country town, and then he goes across town pulling down explorer statues.”
As an Indigenous filmmaker, Richard believes that he has a responsibility to tell the truth about our settler past and to portray a side of Australia’s history that hasn’t been told before.
” We rarely ever see a black hero in the popular press,” he says.
So it looks like another busy year for Richard Frankland. We look forward to seeing the new feature on our screens soon.