It’s done, one whole year of Deadly Vibe. And what a great year it has been for all involved in Aboriginal and Torres Strait Islander music and sport. 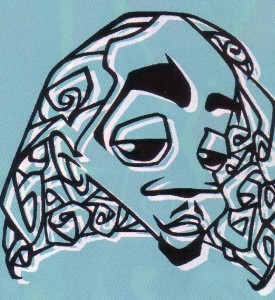 Yes it has been a very tough year on many fronts but despite a very difficult year we have continued to create spectacular music and achieve at the highest levels in all manner of sports.

This month we have decided to actually stop for a moment and look back at the range of fantastic achievements our musicians and sports people have achieved. All too often we charge ahead and move onto the next big thing, never pausing and saying ‘Wow! Well done.’

Well, Deadly Vibe this month is saying ‘WOW, well done’ to everyone who has been a part of the magazine this year.

We are saying ‘WOW’, Yothu Yindi and congratulations on your new album. You are indisputably the most popular Aboriginal band in the country and through your music you are keeping culture alive. Long may you guys create fantastic music and long may we all listen and enjoy.

This month we are saying ‘WOW’, NoKTuRNL. You came onto the scene this year with a bang and it’s great to have you around. Good luck and we look forward to hearing more thrashing guitar in 1998.

Leah Purcell what a great year you have had, Film, television and the Olympic Arts Festival (not to mention the fantastic cover of Deadly Vibe).

And starting this month we have a very special treat in each issue with the Cathy Freeman column – ON TRACK. This month Cathy is talking about motivation.

Talking about tracks, we revisit our rising running star, Patrick Johnson who is still speeding his way to the top.

So, looking back over 1997, Deadly Vibe is proud to be part of great changes in Aboriginal communities across Australia. We are proud to be bringing you positive images of Aboriginal and Torres Strait Islander people, from all walks of life.

Also this year we are starting our Aboriginal ‘Men of League’ series. It’s great to see such positive images of our own stars.

Also to the Department of Health and Family services and to the Department of Employment, Education, Training and Youth Affairs, thank you for supporting us throughout the year and thank you for giving us this opportunity to create a magazine that supports and recognises Indigenous people achieving their dreams as well as promoting the futures of young Aboriginal people.