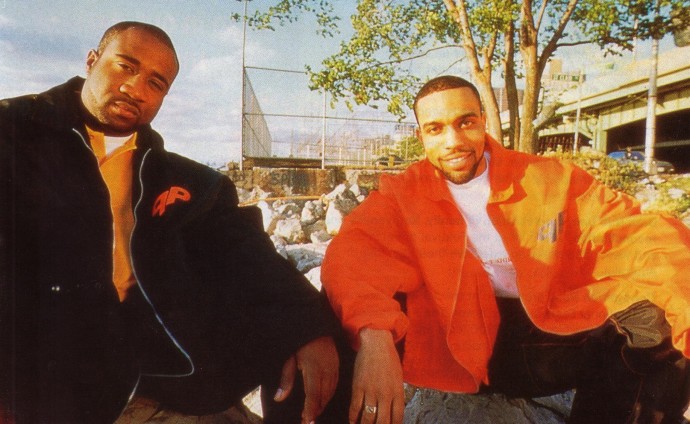 In 1988 white Australia was celebrating 200 years of invasion of Aboriginal land. For black people here it was a time to protest and express black anger at the ignorance of history. At the same time it was time to feel pride in this country’s black history.

In the United States hip-hop wasn’t as big as it is now, rap was still thought of as a fad for kids in tracksuits who believed in breaking, writing, Dj-ing, partying and not much else. But just like here the mainstream had no idea that what was developing through rap was a black consciousness, as hip-hop began to discover it’s own power as a way to express that black consciousness which soon began to be called ‘Afrocentricity’.

Perhaps the first group to do this were a group of school kids from New York called the Jungle Brothers.

DJ Sweet Daddy, Mike G and Afrika ‘Baby’ Bambataa as they called themselves, were still teenagers when their first single Jimbrowski was released and the song reflected this being a funky ode to ‘Jimmy’, as Americans call ‘it’. But the Jungle Brothers weren’t content with humour and partying  but instead released Straight Out The Jungle in  1988 which carried party jams like Girl I’ll House You as well as more serious conscious songs like Black is Black. By 1989 they had already released their second album called Acknowledge Your Own History and their popularity soared from there as their combination of funky beats, wicked production and conscious lyrics gained popularity with people who saw hip-hop as the way to reach black people with a message of unity.

As Afrika ‘Baby’ Bambataa puts it, “With titles like What’s Going On, Black is Black we were definitely trying to show a more serious side of the group. These songs were a good representation of what was going on at the time. We didn’t really have to look for it; it was like we had a knowledge of it from our upbringing. We knew what to write about, we didn’t have to look for material and we had it from our experience.

The Jungle Brothers also were involved with the Native Tongues, A Tribe Called Quest, Queen Latifah, Monie Love and Black Sheep who together represented their Afrocentric messages to hip-hop’s youth. This was before gangster-rap, when major record companies discovered that gun-play, drug-dealing and displays of cash could sell and not even the deaths of Tupac and Notorious B.I.G. seem to have stopped gangsterism in hip-hop.

“We came along at a time when rap was still socially conscious and it was new,” says Afrika of that time.

“So people were paying attention to it because it was rap and later for what kind of rap it was. That’s when capitalism, commercialism and marketing agendas came into place. When that happened it opened a new landscape for people who realised ‘we could be about anything’.

The Jungle Brothers have just released their fourth album, Raw Deluxe and it’s combination of funky beats without a catchy hook or sample in sight is a reminder that real hip-hop is about being original; the Jungle Brothers have, despite being around for more than ten years managed to retain their identity, which probably has something to do with sticking close to their ideals.

“It should be no harder for somebody doing positive rap, it should be no harder for a black man trying to carve out his portion of the market doing something productive and constructive and lyrically positive than for another black man who wants to preach negativity or things of a negative mind-state. It shouldn’t be harder because it’s open field and the people that’s putting out the money , the record companies, the radio stations, the publishing companies, the promoters, the ones that’s putting out the money…. money is amoral, it’s just a tool. You can use a hammer to put a nail in the ground or you can use hammer to hit somebody over the head. It’s just a tool, people with the money whether they intended to or not at one point in time put it behind a negative image of hip-hop. Blunt smoking, gun-toting, thugs, they put it behind that. Then they tried to show on the back-end that they were putting it back in the community or whatever but it still contributed to creating obstacles for the black community. It still killed people, it still killed a lot of people. At one point I was feeling like, ‘damn! They’re just giving this money away almost on purpose’. We don’t want to genocide.”

“They’re (white society) like, ‘we always find a way of killing black people in their own communities before they reach ours without us having to go into their communities’.

With alcohol, with smoke, with guns and now we see that the pulse of the people in black communities is music.”

What really inspired this album is that we came out to project true hip-hop values by maintaining our integrity, by writing as we always do and being exactly who we are for this modern day. We being a part of hip-hop history inspire us to put this record out, tour behind it, do whatever we did.”

The Jungle Brothers are back and hip-hop is the better for it.