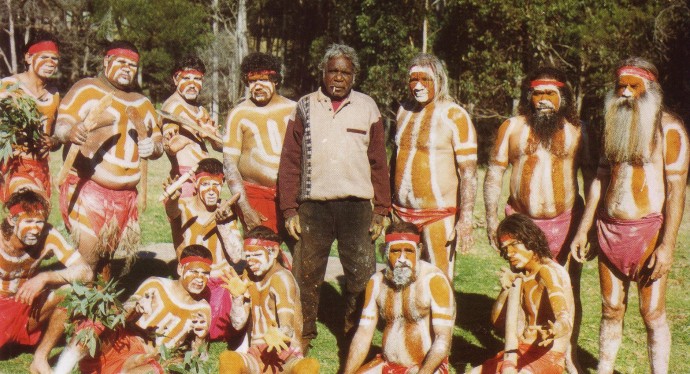 The Doonooch Australian Aboriginal Dancers have just completed a remarkable three week tour of the Northeast United States, enchanting audiences of all ages at every stop. Doonooch Self-Healing Aboriginal Corporation ‘Leads Australia in the orientation and rehabilitation of young people from the consequences of drug and alcohol abuse’The ten member troupe performed ancient dances accompanied by didgeridoo and clap sticks. They also shared Dreamtime stories of the Monero people of Southeast Australia, New South Wales.

Spanning tens of thousands of years, the Monero are among the oldest cultures on Earth. In the last 200 years their homeland has been colonised, resulting in poverty, alcoholism and substance abuse. Many aspects of their language and lore is in danger of being lost forever.

Robert McLeod founded the Doonooch Self-Healing Aboriginal Corporation in 1987, after his own struggle with alcoholism had him to search for a connection with ancient teachings. Now the program ‘Leads Australia in the orientation and rehabilitation of young people from the consequences of drug and alcohol abuse’, says McLeod.

Numbers of Aboriginal men and youth have returned to their towns and villages free of addiction ‘as ambassadors to encourage others to reach for cleaner ideals.’ In gratitude to the earth mother for enabling these forms of displacement to heal, it became important to share culture and lore. Thus the birth of the Doonooch Dancers.

The group has toured abroad for the last three years, but this was their first tour to the United States. Audiences at Lincoln Centre Plaza, the American Museum of Natural History, the South Street Seaport, the Australian Embassy and St Bartholomew’s church on Park Avenue were unanimous in their welcome approval.

Congratulations to the Doonooch Dancers from all at Deadly Vibe, and we look forward to seeing them dance again soon.