There is so much happening on the Aboriginal music scene. The long awaited CD from Archie Roach is now on sale and, as you would expect, it’s absolutely fantastic. Looking for Butter Boy is a must for all our music collections. So go out and buy a copy. It’s so important that we support our Aboriginal musicians to produce and release more music. And what better or easier way to give support than by going out and buying Aboriginal music. 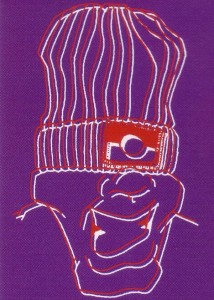 Speaking of music, our cover and lead profile story this month is none other than the totally gifted Maroochy Barambah, who is one of the most powerful performers I have ever been lucky enough to see perform. She is everything that is music, a performer, a story teller and an inspiring opera singer. She has also released a funky dance track, Mongungi, which won the single release of the year at last year’s Deadly Sounds Awards.

Seeing her on stage as an introduction to Sweet Honey and the Rock earlier this year was totally mystifying and by the end of her show, everyone was crying. You could see that the singing team from America who came on after Maroochy were totally moved as well.

Fans of Maroochy in Sydney will be blessed with a one off show in September of the Australian Opera, Black River, as part of The Festival of the Dreaming.

This month we also have the Bucking Bronco, Wendell Sailor. And how awesome does he look? In his young life, Wendell has reached the highest points of success in the game of Rugby League.

Also in sport, we look at the Rodeo culture in Queensland and it’s stars.

That’s it, write to us, or drop us a line to vote for your favourite artists. Everyone who writes goes in the draw for some fantastic prizes. It’s all up to you. Winners of the Deadly Sounds Music Awards will be published in the October edition of Deadly Vibe.

That’s enough for me. And keep supporting Aboriginal music.