Dr Lee Vocale, 34, is a GP in training at Wallan medical centre, who completed his postgraduate studies in medicine from Flinders University in Adelaide in 2008. Lee was so passionate about becoming a GP, that he and his father built a hut in the backyard of his family’s home, so he could study in peace away from his 11 younger siblings. 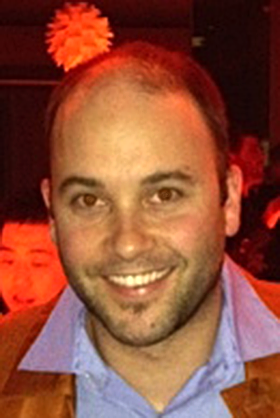 Originally a graduate of a Bachelor of Science, Lee lacked direction and wasn’t really applying himself. It was Lee’s dad who got him back on track.

“You need to focus and get some sort of sense of direction and work out exactly what you want to do, otherwise you will get left behind,” Lee remembered his dad saying. “I always had an interest in healthcare and becoming a doctor but I didn’t really think I could do it,” says Lee.

Lee described his dad, who is a descendant of the Gunai people from South-East Gippsland, and who works as a dairy farmer, as being most inspirational to him. Often his mum and dad went without to ensure he and his siblings were provided with the best education, clothes and food they could afford.

“He is an Indigenous man who has gone through ups and downs, but he is someone who continues to fight through. My dad inspires me with the way he just keeps working and does everything with his family in mind,” says Lee.

Lee applied to sit the Graduate Medical School Admissions Test (GAMSAT) and studied every night in the year leading up to the exam. Further preparation for medical school also took place on the family property in Whittlesea, north of Melbourne, where Lee and his dad built a hut for Lee to move into. Lee moved into the hut a couple of months before medical school started where his brothers and sisters would regularly visit him.

Unfortunately, Lee was unsuccessful in securing a place at medical school in Melbourne and travelled to Adelaide with his mum, to pursue his second choice.

“I remember getting up really early. I was staying at a budget hotel with my mum and I had the worst night sleep ever. We caught the bus out to Flinders University and a bird actually defecated on me which I thought was good luck. Anyway, I had the interview and did really well and I think that essentially secured my position.”

“I’ve been given excellent opportunities. There have been trying times as with most people, but as an Indigenous person, where we can sometimes come from behind, with the traumatic events we carry with us from the past, there certainly is light at the end of the tunnel and I would encourage any Indigenous person, male or female, to embark on a career in medicine.”

• 33 Aboriginal or Torres Strait Islander registrars who are currently enrolled in the AGPT program.

• Three Aboriginal or Torres Strait Islander registrars who commenced training in the AGPT program in 2014.

• 30 Aboriginal or Torres Strait Islander registrars who have achieved fellowship under the AGPT program to date.

The AGPT program is a postgraduate vocational education and training program for junior doctors who want to become general practitioners. It is fully funded by the Australian Government and GPET manage the program on their behalf. On 1 January 2015 management of this program will move from GPET into the Department of Health.

For further information on the AGPT program please refer to: www.gpet.com.au