When Busby Marou released their self-titled first album in 2011, the songs featured lyrics about life in Rockhampton, Qld. Their new album, Farewell Fitzroy, is an ode to the fact that the boys, while they still love their hometown, are spreading their wings and moving beyond the city’s beautiful Fitzroy River. 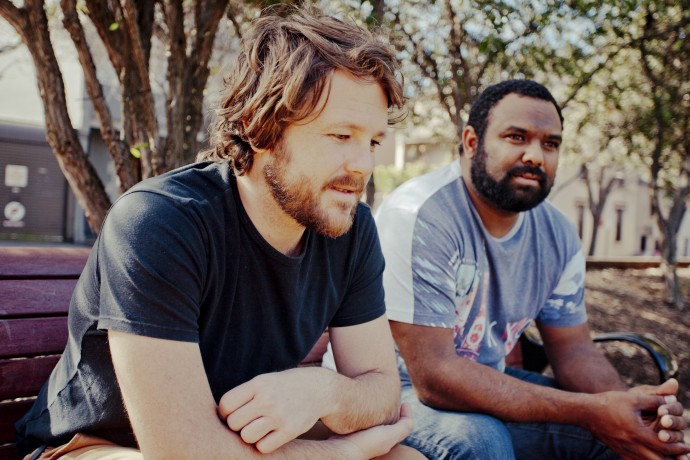 The boys from Rocky are establishing themselves as one of Australia’s loveable and favourite bands.

“All the songs kind of move on from home, and it’s about us travelling the world and learning more things and new things. So we’re just saying ‘Farewell,’ because I suppose we have a lot of stigma being Rocky boys, which we love, but this time we’re moving on… we’re farewelling Fitzroy,” says Tom.

The album was recorded in the country music capital of the world – Nashville, Tennessee – with the help of US producer/engineer, Brad Jones (Missy Higgins, Josh Rouse, Justin Townes Earle). Naturally, there is a country influence to the album.

“It’s very different – a different producer will always put his spin on it,” explains Jeremy. “This one has a bit more of a country feel to it and I think that’s purely because it was done in Nashville, compared to the [first album], which had a very folk feel.”

“You forget how big he is. There are 20 million albums he’s sold. He’s got so many fans and they adore him, but they’re the type of audience that, you know – unlike a lot of other support slots that we’ve played – everyone gets there early and they make a night of it,” says Tom.

Tom says that they were beginning to get used to the lavish lifestyle that goes with supporting a megastar like James.

“We were travelling around to these awesome venues, eating catering, and we had to tell ourselves, ‘Don’t get too comfortable, we’re going back to the real world soon boys,’” says Tom. 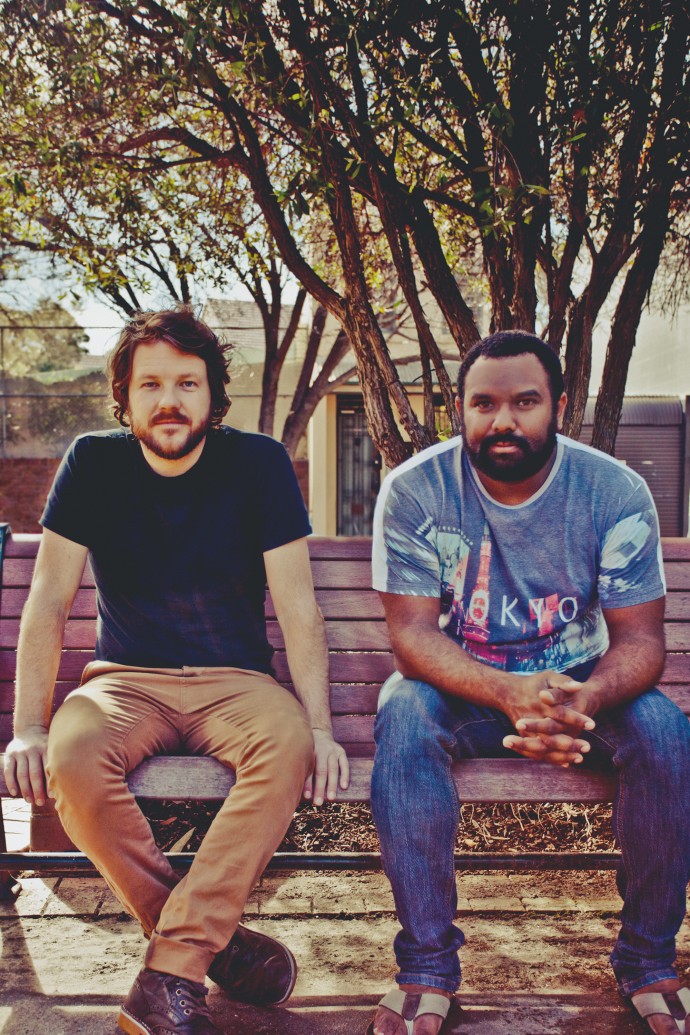 Tom and Jeremy are about to embark on their My Second Mistake Tour.

“The real world for us is probably a lot more fun than those big tours. You don’t get to play to crowds as big or venues as nice, but there’s something about the character of the people in the places we play – it’s got that real, great, proper rock’n’roll feel to it.

Now Busby Marou are set to tour Australia’s east coast from July to August to celebrate the success of their second single, My Second Mistake.

“We’ve still got a long way to go to get up to anywhere near where James Blunt is, but it’s a really fun road on the way so we can’t wait to go back.”

Jeremy, who learnt the guitar from playing bass at church when he was younger, admits they spend more time with each other than their partners, but as their friendship has evolved, so too has their musical relationship.

“We’re best friends now and then the music comes naturally to us,” he says.

“Tom will come up with the song and then, I guess, I’m the craftsman. I’ll put a bridge in, change the chord structure, and put all the riffs in – that’s one way we do it. The other way we do it is I take a tune to Tom and he’ll put the words around it.

“I guess we never really sat down and ‘wrote’ songs, so to speak, they’ve always just come naturally. It’s been an easy process and we haven’t really tried to change it. It comes naturally to us, so why would we?”

When they finally do get some time off the road, they try and spend it with family, but boys will be boys.

“Even if we were both in Rocky we wouldn’t see each other, we’d just go home and spend time with our families because we don’t see them enough… actually that’s a lie – every time we’re back in Rocky together, we’re straight out in the boat fishing,” laughs Tom.

For Busby Marou, what began as pub gigs and jamming has turned into something much bigger and they’re not slowing down yet. Tom says that as soon as they’re gruelling touring schedule is over their hoping to make “our greatest album yet”. But no matter how successful they become, they’ll always be the boys from Rocky.

“It’s the best job in the world and we’re very, very lucky to be where we are and to be able to make a great living from something we love doing. We’ll never take that for granted.”

To support the boys and find out more about their tour, including dates, like their Facebook page or visit www.busbymarou.com