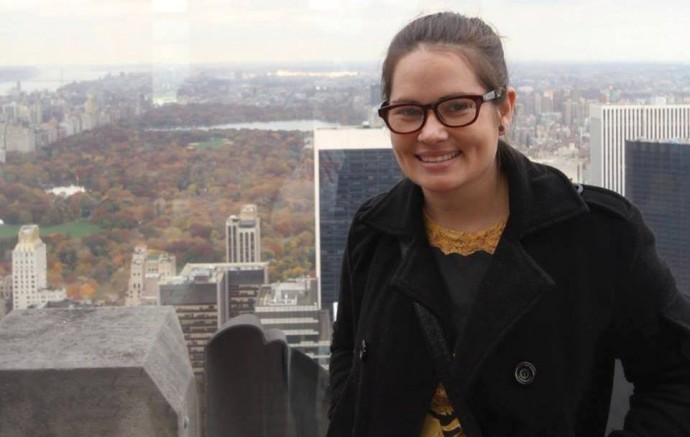 With the help of the Charlie Perkins Trust, Tamara Murdock will be studying at one of the world’s most prestigious schools. Source: Facebook.

Graduating from Edith Cowan University with First Class Honours in a Bachelor of Science in 2011, Tamara Murdock already has an impressive education, but now with the help of the Charles Perkins Scholarship she’s taking it even further and pursuing a master’s degree at one of the most prestigious schools in the world – Oxford University in the United Kingdom.

A descendant of the Noongar and Yindjibarndi people, 26-year-old Tamara will be going to Oxford in September to begin her postgraduate study in a Master of Science in Biodiversity, Conservation and Management – something she couldn’t have done without the $60,000 a year scholarship that was set up in memory of Dr Charles Perkins – the first Indigenous Australian man to graduate from university. The scholarship covers the full cost of tuition and accommodation.

“I was at home. I think I was cooking dinner or something, and I got a phone call. I was shocked. I didn’t expect it, just like I didn’t expect to get an offer from Oxford; I don’t think anybody actually does,” says Tamara, recounting when she found out about the scholarship.

“I sort of turned to my parents and said, ‘I got it’ and there was stunned silence until we realised that what it meant was, that I was definitely going to be going to Oxford.”

Tamara, who was born and grew up in Geraldton in Western Australia, is employed as the Project Coordinator for the Yamatji Marlpa Aboriginal Corporation (YMAC) in her hometown, managing Indigenous Protected Area and Carbon Farming Initiative projects.

“This year, the CEO of YMAC sent me through a flyer for the Charles Perkins Scholarship to distribute, and for me to have a bit of a look. I’d seen it a couple of years ago but never really thought that I’d have a good chance at getting it,” she says.

“But this year, for the past year and a half, I had been thinking about going back to university and I was having a look at postgrad courses around the place. I thought, at that time when I had the flyer, I’d have a crack at it.”

From there, Tamara consulted with the Charles Perkins Trust as to whether or not she should apply, and they gave her a definitive yes. Fifteen minutes later, they called Tamara and asked if she’d be interested in going on the Aurora Indigenous Scholars International Study Tour to visit overseas institutions in the UK and US.

“I’d already applied for Oxford before I went on the study tour but when I arrived at Oxford, I got to go and have a meeting with the director of the course I’d applied to – not many people get that opportunity,” Tamara explains.

“I actually got to sit down and talk to him about what I was hoping to achieve through the course and he spoke to me about the structure of the course, the aim of the course and the objective. I walked away from that meeting knowing I had applied for the right course.” 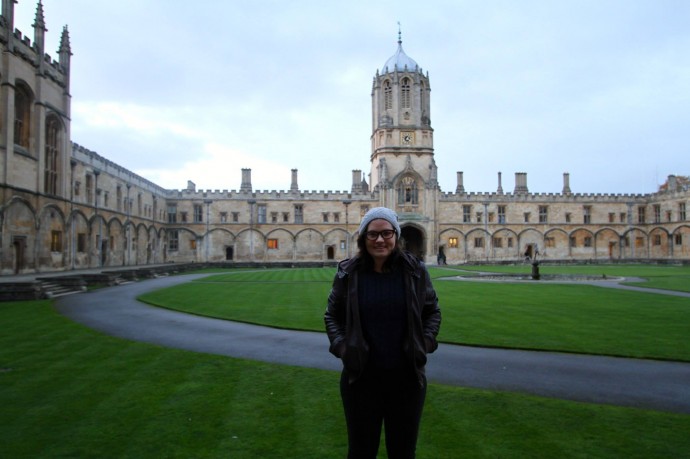 After the tour ended, Tamara returned to work and, soon after, on 22 December, received her letter of offer from Oxford but whether or not she could accept it rested upon the scholarship money that would help her on her way.

“I’d known for quite a while that I actually got an offer from Oxford, but obviously I couldn’t accept the offer. I tentatively accepted the offer but I couldn’t fully accept it because, well, if I didn’t get the scholarship I wouldn’t be able to go,” she says.

Oxford University epitomises tertiary education and some of the greatest minds the world has ever seen, are a product of its lecture halls. For Tamara, it hasn’t quite sunk in that she’ll be among the chosen few to possess a degree from the prestigious institute.

“It takes a long time to accept that you’re worthy of going to a place like that, that you have the intellectual capacity to stand up there with some of the greatest thinkers of the world,” she says.

“For a while you kind of feel like you’re a bit of a fake, you know, maybe they made a mistake and you were the one who slipped through the cracks and just happened to get a place.”

Tamara says she has to remember that nobody gets into Oxford on a wing and a prayer.

“You have to sit back and say, ‘No, I went up against a lot of people who try and get into that course’ and I had the grades, I did well, and I deserve a place there.”

As surreal as all of this may seem for Tamara, she is a very real example of what can be achieved through hard work, but she thinks an Indigenous person attending university shouldn’t be met with such shock and almost disbelief.

“It’s not good enough as a society, and particularly within our community, that we think it is ok or we accept that tertiary education is not something that is within the grasp of Aboriginal kids,” she explains.

“I think that mentality is still quite alive and well within our community and outside as well; that if you go to tertiary education that you’re almost an oddity.

“It would be great if we could get to a point in the future where it’s not something that’s so surprising for everyone, it’s just something that happens.”

For more information on the scholarship, the Charles Perkins Trust, and the other two scholarship recipients, you can visit www.perkinstrust.com.au