A new exhibition focussing on the Aboriginal men and woman who fought valiantly in early 20th century organisations for justice, at a time when equality was a mere pipedream and Aboriginal people were treated barbarically, is now open. 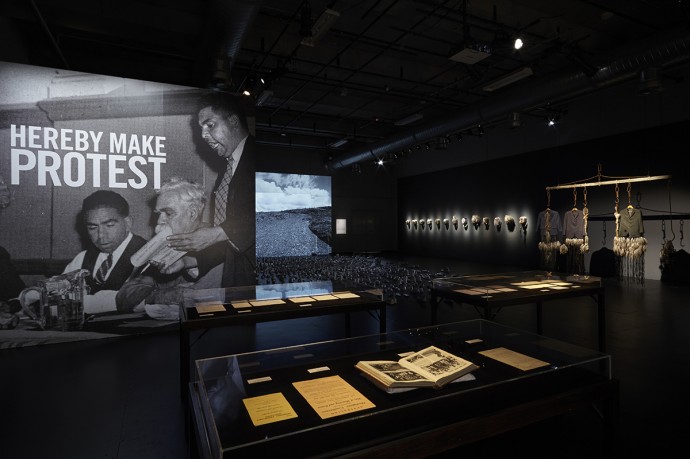 Hereby Make Protest, running at Carriageworks, Sydney until 18 July, will showcase original historical documents on loan from the NSW State Library, including letters to the Premiers of the day, petitions, constitutional documents and radio transcripts, as well as contemporary works by artists Karla Dickens, Nicole Foreshew and Jacob Nash.

“For Aboriginal visitors who will come to this exhibition, it’s an opportunity for us to pay our respects and honour these people who founded these organisations at a time when it was very dangerous for them to do so,” says Yorta Yorta/Kurnai woman and Artistic Associate at Carriageworks, Andrea James.

“For us mob, it’s a really fantastic opportunity to reconnect with this important part of our history and to consider some of the progress that has been made, but also, all of those things that unfortunately have yet to be achieved.” 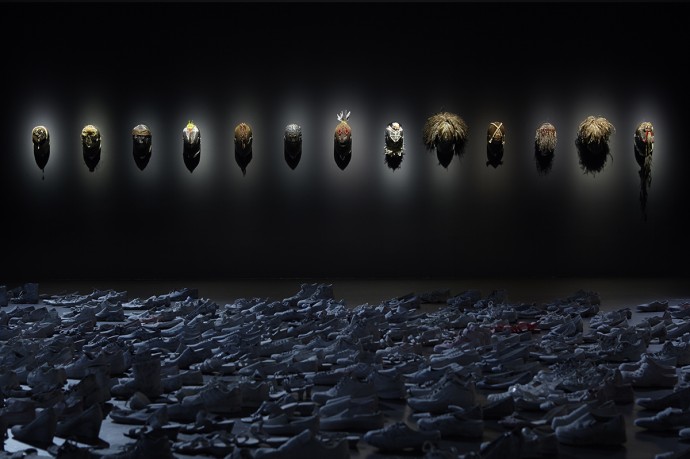 “You can get see these really fantastic original documents but you can also hear, absolutely clearly, this strong, determined voice by the people who weren’t mincing their words when they said what is what they wanted,” she says.

Programmed to coincide with NAIDOC Week, the exhibition is accompanied by an exciting public program including an artist’s talk on Saturday the 12 July at 1.00pm, and a Klub Koori event in association with Koori Radio that will see author Anita Heiss host an evening with her favourite artists, musicians and thinkers to pay their respects to Aboriginal political foundations and to consider the future of protest.

More on the AAPA and APA:

Focussing primarily on the regaining of lost land and stopping Aboriginal children being taken away from their parents, the Association ultimately wanted the NSW Aborigines Protection Board to be replaced by an all-Indigenous organisation.

They frequently wrote to newspapers and the NSW Aborigines Protection Board, but their attempts were futile as few of their letters were published. In May 1927, they started a petition addressed to Premier of NSW, Jack Lang, which called for the restitution of Aboriginal land. This received wide coverage in the media.

Towards the end of 1927, the AAPA had grown to 11 branches throughout NSW, housing over 500 active members. Their constantly expanding Association came to the attention of the Aborigines Protection Board, who was aware of the threat they posed and aimed to discredit leaders of the AAPA, Fred Maynard in particular.

As well as having their credibility constantly attacked through a series of public statements, the AAPA was subject to constant police harassment and threats, though they never came to fruition, threats were made to Fred Maynard and his family. By the end of 1927, the Association was no more, but their efforts opened doors to bigger and better things.

The Aborigines Progressive Association (APA) was formed in 1937 with Jack Patten as president and Bill Ferguson as secretary. The APA had three aims, similar to the AAPA. They sought to establish full citizenship for Aboriginal Australians, Aboriginal representation in Parliament, and the abolition of the NSW Aborigines Protection board.

Together with the Australian Aborigines League (AAL), based in Victoria and headed by William Cooper, the organisations were responsible for boycotting Australia Day and organising the Day of Mourning protest in 1938: the sesquicentenary of British Colonisation of Australia.

The APA operated until 1944 but was revived almost 20 years later in 1963 by seasoned campaigners, Bert Groves and Pearl Gibbs. They, too, were fuelled by the passion of establishing justice and equality and were still unhappy, even in 1963 (six years before man landed on the moon), that human beings were treated in an uncivilised manner.

In 1966, the NSW Government constructed a Parliamentary Committee to investigate Aboriginal welfare in NSW; the APA was asked to make a submission. Some notable members of the APA include Joyce Clague, Dulcie Flower, Harriet Ellis, Ray Peckham, Chicka Dixon, and Ken Brindle.

The Progressive Association is credited with influencing the granting of citizenship rights and the movements towards self-determination and land rights.