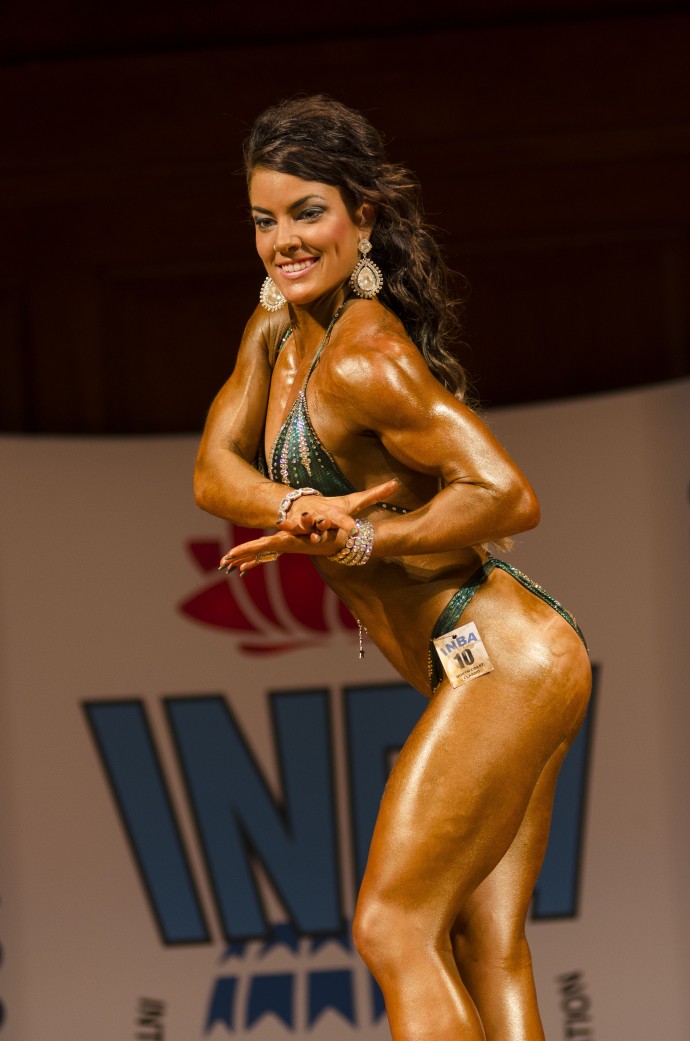 After getting out of a bad relationship, Rhiannon threw herself into body building, taking out first place in the International Natural Body Association.

A female fitness instructor and employee of the NCIE gym in Redfern recently took out first place in a body-building competition in north-western Sydney.

After getting out of a bad relationship, Rhiannon Keith was unhappy with the way she looked and felt, so she threw herself into training at the gym to keep herself occupied.

It didn’t take long for the trainers and other gym members to see how hard she was pushing herself before they offered her a helping hand to train, prepare and compete in female body-building competitions.

Rhiannon took out first place at the International Natural Body Association, giving her the opportunity to qualify for a pro card. At the time InVibe spoke to Rhiannon, she was busy preparing for her next competition.

“This weekend is the North Coast Classic in Newcastle. I’m going there to get some stage practice, because the following Sunday is my City Nationals comp. That’s the international qualifier,” she says.

Preparation for the competition has so far included her regular training regime along with a ‘clean’ eating regime.

“I’m just big into my diet really. It’s getting hard. I’ve been dieting for 24 weeks now so just really sticking it out and committing to the training, doing the hours of cardio and drinking – hydrating with the four litres of water that I’m supposed to be having – and just doing it right,” she says.

Rhiannon lists her strict diet as one of the hardest parts of body building so far.

“If I want something so bad then is it worth the taste of a piece of cake or something like that? It’s just not worth it.”

Rhiannon is a personal training guide and a group fitness instructor at the NCIE gym. However, she prefers to separate her training and work, so she trains at another gym in Sydney’s Darlinghurst.

“Basically that’s where all the renowned body builders and fitness models are. I get a lot of inspiration from all of those older athletes that have done it for years and they all know the tricks of the trade,” she says.

“They’re all inspiring me to keep going and stick with it and stuff like that.”

For aspiring body builders or fitness models out there, Rhiannon says she has two simple secrets for success: persistence and dedication.

“There are going to be times when you’re going to stuff up and it’s just a matter of accepting that no-one’s perfect, you know,” Rhiannon says.

“You’ve got to jump straight back on it and just really commit to it, give it everything. You’ve got to go 100 per cent.

“If you go 80 per cent then it’s not going to work. You’ve got to really stick it out and do the hard yards and it’s going to pay off in the end.”