Twelve Torres Strait Islander people have received a huge opportunity to write, cast and direct their own short films. 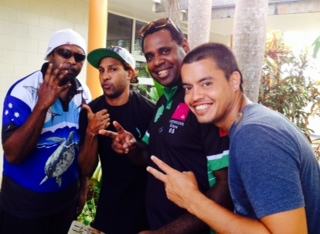 Following the success of Mabo, Remote Area Nurse and The Straits, Actors Aaron Fa’aso and Jimmy Bani have decided to dedicate their time to getting a television and film industry started in the Torres Strait.

The initiative being held on Thursday Island, has been funded by unemployment service My Pathways, and has so far involved skilling up 12 unemployed people by industry professionals. One of which was well-known screenwriter Kristen Dunphy.

“Each of the 12 individuals will make a five minute short film. I went up for three weeks as the first stage of that process to work with those participants, and in developing their idea for a short film, or coming up with their ideas whether they had one to start off with, or not, and basically teach them how to write a screen play,” Kristen says. 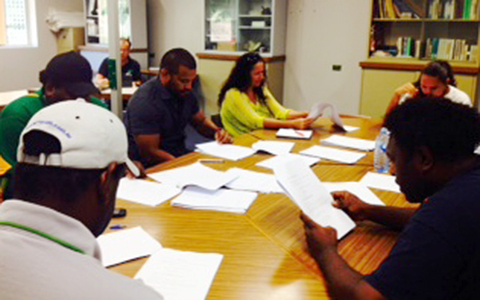 “By the end of my three weeks, everyone had a script which was ready to start shoplifting and move to the next stage.”

Although some of the participants were a little shy to start off with, once everyone had warmed up, some amazing ideas started pouring out.

Director Peter Andrikidis has also been visiting Thursday Island to teach a directing workshop. Once they are ready, the participants will have the opportunity to cast people from their community to play the two main roles of each short film.

Some Australian Film Television and Radio School students, and an Oscar winning short film director, will also be involved in supporting participants through the filming and editing process.

Kristen says that while she has done a lot of screenwriting for Indigenous television, she just doesn’t ‘feel right’ about doing it. 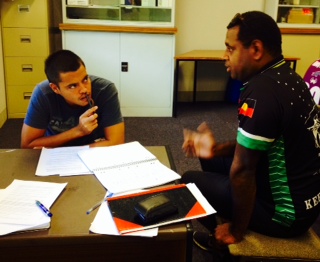 And although there are Aboriginal and Torres Strait Islander people who dabble in it, what she would really like to see is more Indigenous people taking up a career in screenwriting.

“I was really busy when Aaron asked me to go up and do this training, but one of the reasons that I agreed to do it was because Aaron and I have worked together a lot, and part of it was that I felt like I wanted to do something for him,” Kristen says.

“What I’ve experienced in the last 10 years or so, is that I’ve ended up writing quite a lot of Indigenous material when I’m not Indigenous. Part of the reason for that is there are not enough Indigenous screenwriters in particular, and obviously that’s changing but it’s not changing fast enough.

“There’s an explosion in Indigenous material as we know with Redfern Now and Gods of Wheat Street, but what we don’t have is very many people who write and we certainly don’t have anyone who exclusively writes.”