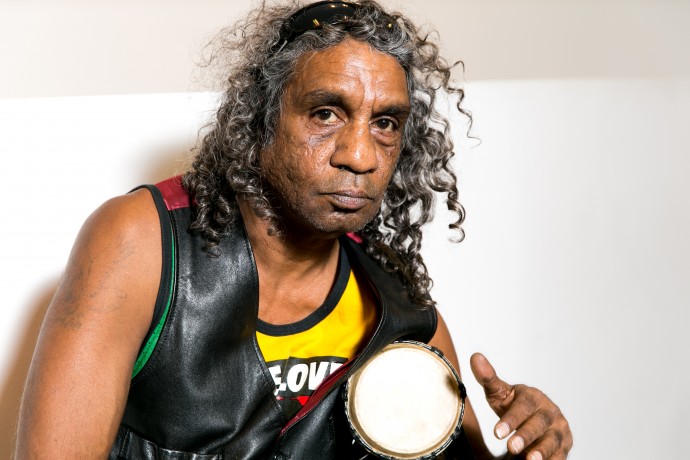 Bart will use his prize money to stage a series of concerts using the organ and promote his album ‘We Still Live On’. Photo: Caroline McCredie

At the recent National Indigenous Art Awards, four outstanding winners were selected to receive prizes, including the Red Ochre Award, the Dreaming Award and two fellowships.

He was also the first Aboriginal man to play and record on Melbourne’s Town Hall Organ. His win of one of two fellowships will see him use his prize money to stage a series of concerts using the organ and promote his album We Still Live On.

“To play the Melbourne Town Hall organ, I spent years and years playing their piano before I even touched the organ. I’ve been playing for the last three years and, in that three years, I played the Town Hall Organ,” Bart says proudly.

But he wasn’t always an organ player, although the interest was always there. He started out his music career in 1978 when he formed the band No Fixed Address and toured Australia and the UK. No Fixed Address is acknowledged as one of the pioneers of contemporary Aboriginal music.

“I used to muck around with piano when I was at Katherine and I never really wanted to be a drummer, so I just drummed and learned other instruments. I was always eager to get back to the piano,” Bart says.

“In the last three years, I decided I’d go back to the piano, and it was still there, so I decided – well it’s going to take me a while to get to the Beethoven and the blues stuff, but what I have is the chord structure and being able to stay on the beat and that sort of thing.”

He performed at the Edinburgh Festival with the band Colored Stone before re-forming No Fixed Address and touring the USA with Yothu Yindi. In 1989 he formed Mixed Relations and toured extensively in Australia and overseas.

Bart continues to tour internationally, now playing the organ wherever one is available. Following a tour of six cities across Australia, Bart will take his music tour overseas again.

Other winners at the National Indigenous Art Awards included Hector Tjupuru Burton, who took out the $50,000 Red Ochre Award. Awarded since 1993, the prize acknowledges an artist’s outstanding contribution and lifetime achievement to Aboriginal and Torres Strait Islander arts at a national and international level.

The Dreaming Award, which provides a $20,000 reward to a young artist aged 18-26, was awarded to Tyrone Sheather. And a second music fellowship worth $45,000 a year for two years was awarded to Dave Arden.