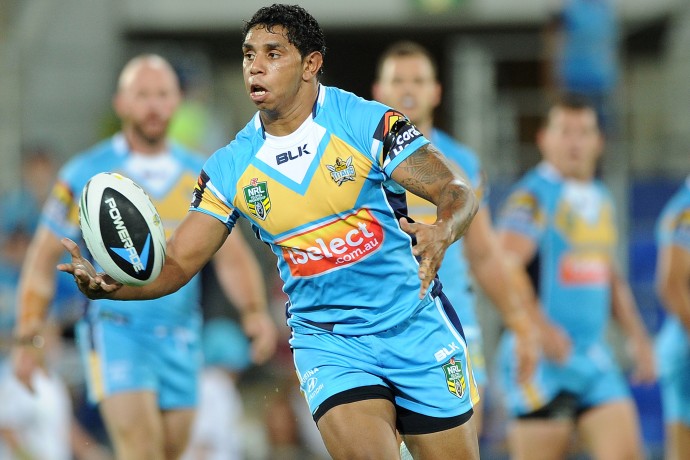 NRL Round 9 Preview with Jake Keane

After a weekend of representative fixtures, the NRL returns this Friday night for Round 9 of what has so far been a season of extreme unpredictability. 2013 form has meant little during the opening rounds of the 2014 season and, already, the NRL landscape has changed dramatically.

For example, take last year’s Premiers, the Roosters. Like the Storm and the Rabbitohs, two other frontrunners from 2013 who have struggled early in 2014, the Roosters have gotten off to a sluggish start with only recent back-to-back wins over the Dragons and the Sharks restoring some much needed confidence. Meanwhile, the Tigers, one of 2013’s easy beats, are now the NRL’s most improved side, currently sitting in fourth position on the competition ladder, and boasting a hungry young pack that have been playing with lots of enthusiasm.

However, the Tigers are coming off a disappointing last start loss, and the Roosters appear to be slowly regaining some of their 2014 confidence. Just how well these two sides are going at present will be on show tonight when they kick off the round at Allianz Stadium for what shapes as a lively match. If the Tigers can win, they will firm themselves as major contenders for a top 8 finish this year, while for the Roosters, a convincing performance and third win on the trot, would definitely place their season back on the right track. The Tigers veteran half Braith Anasta will miss this match against his old club due to injury, while on the other side of the park, the Roosters out of form half, James Maloney, will be desperate to put in a good performance with New South Wales Origin selections just around the corner, and his Blues jersey seemingly hanging in the balance.

Also on Friday night, the Broncos travel to Townsville to face the Cowboys in the all-Queensland derby. The Broncos are coming off a heartbreaking narrow loss to the Rabbitohs, while the Cowboys confidence will be high following their steamrolling of Parramatta. With the Origin series soon to begin, both teams know that earning maximum points before QLD rep selections begin to weaken the ranks – will go a long way to their Premiership chances, adding further significance to this clash.

The Cowboys are expecting just about all of their big name players to be fit, while for the Broncos, Sam Thaiday has been ruled out with calf injury, and Josh Hoffman, Ben Barba and Justin Hodges are all under injury clouds coming into the match.

The other standout clash of Round 9 is Saturday night’s always fiery match between the Storm and the Sea Eagles, two clubs that have built plenty of bad blood between them over the past few seasons. Melbourne have gotten off to their poorest start to a season in over a decade, while the Sea Eagles seemed to have gone up a peg this year, and, after their impressive flogging of Canberra in Round 8, they are current joint competition leaders.

A win over their bitter rivals would be just the tonic for the struggling Storm, and helping their chances dramatically is the horrid injury toll currently felling the ranks at Brookvale. Manly’s Daley Cherry-Evens is not expected to play due to injury, despite being named in the team. Cherry-Evans had a hand in just about every point Manly scored in their big Round 8 win over Canberra, and will be a big loss for his side considering they are already without the services of Kieran Foran, and will miss other key players, Glen Stewart and Jamie Lyon, also to injury. Despite Melbourne’s poor start, it’s hard to see them not winning this one.

Saturdays night’s Rabbitohs V Titans clash also looms as an entertaining match, with two of the NRL’s most exciting Indigenous players, Greg Inglis and Albert Kelly, pitting their remarkable attacking talents against each other. The Titans are the NRL’s other most improved side, with Kelly continuing his great 2013 form. In Round 8, Inglis scored one of the greatest individual tries in Australian rugby league history, and the up and down Rabbitohs will be looking to build on their dramatic win over the Broncos in a match which looks likely to also go down to the wire.