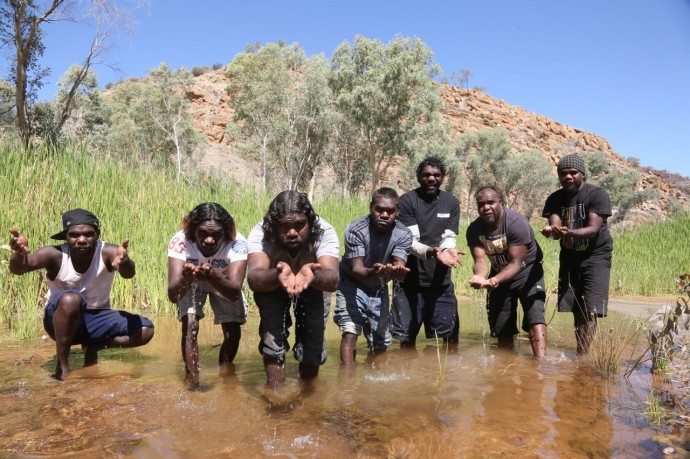 From a community with very little running water, the aptly named and foot-stompingly good Running Water have been chosen to share their music throughout Central Australia on the 2014 Sand Tracks Tour.

Running Water (Kintore) has been building momentum and excitement for their music after their impressive performance at the 2013 Bush Bands Bash, and through featuring on the last two CAAMA Music Snapshot releases. And now, as part of Sand Tracks, the band will travel over 6000km to play their unique bush reggae in communities in WA, SA and NT.

Sand Tracks is a remote Indigenous contemporary music-touring program run by Country Arts WA that kicks off at the annual Bush Bands Bash and takes two bands on tour throughout September. Last year Nabarlek (Manmoyi) and The Sandridge Band (Borroloola) were selected for the tour.

CAAMA Music is thrilled that Running Water has been selected for the 2014 Sand Tracks Tour, as the band was a highlight at the 2013 Bush Bands Bash in Alice Springs. 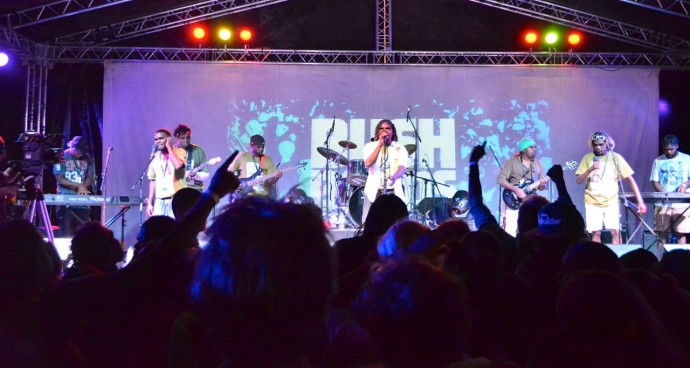 “Running Water’s powerful vocals, comfortable performance style and easy banter with the audience, in their native Luritja language, made them a stand out band in the 2013 Bush Bands Program. We’re looking forward to seeing them on the stage again this year,” says Bush Bands coordinator, Jaspa Woods.

The 2014 Bush Bands Bash and start of Sand Tracks will be held on 6 September in Alice Springs. Applications are open for Indigenous bands wanting to be involved in Bush Bands 2014. For more information on Bush Bands, click here.