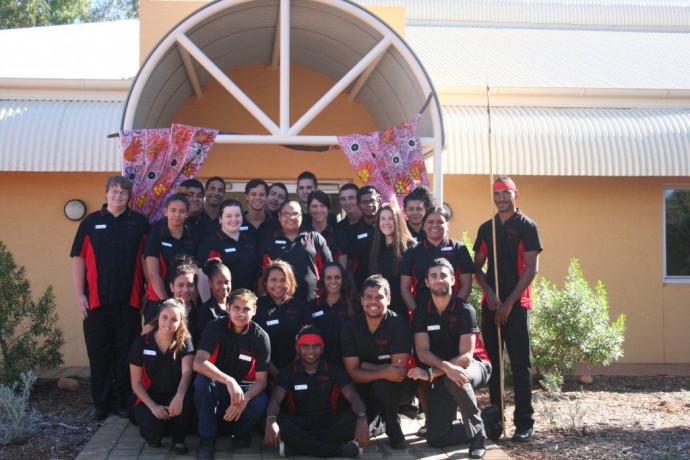 The National Indigenous Training Academy in Yulara, NT hosted the Duke and Duchess of Cambridge during their recent tour of Australia.

Located near Uluru, NITA is an initiative by the Indigenous Land Corporation in alliance with Ayers Rock Resort to increase the number of Indigenous staff for the historical and iconic site.

It aims to increase employment rates among Aboriginal and Torres Strait Islander people while using a more cultural approach to services for tourists.

NITA was approached earlier in the year to host the Duke and Duchess who were keen to come into Yulara and meet the trainees. 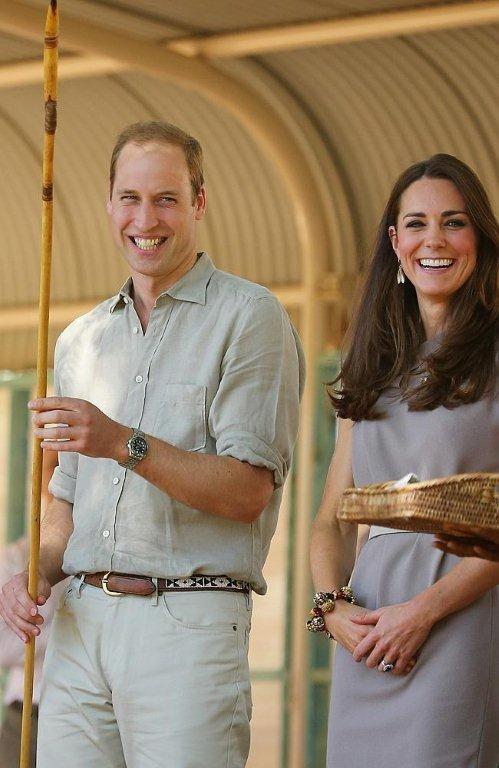 The Duke and Duchess were presented with a spear

“We had a number of trainees who were receiving Certificate III in Hospitality and receiving service awards. It was a wonderful opportunity to ask the Palace if the Duke and Duchess would like to officially hand those certificates of achievement to eight staff. They happily agreed to do that and we provided a brief and they agreed straight away,” General Manager Marea Moulton says.

The royal couple were greeted by Marea before they were welcomed and guided around by Michael Cashmere, a trainee studying his Certificate II in tourism and works in freight services, and Jarrhyn Canendo who has completed Certificate II in front of house.

“We went into the training room where six young trainees who came here in February were undertaking their core units and they spent about six minutes chatting informally with them. Then Jarrhyn and Michael walked them out to the oval,” Marea says.

The short ceremony was held, with the Duke and Duchess handing out achievement awards and Certificate III awards to the staff. The ceremony was followed by a half hour morning tea before the royal couple were whisked away to complete their central Australian trip at a camp in Uluru.

“They were fascinated with the breadth of Indigenous languages across Australia. They were very interested to hear that throughout the different parts of Australia, the trainees travel to the central desert to take up this opportunity to significantly have Ayers Rock Resort staffed by Indigenous people.”